Despite gossip rumbles over who will play Kurt Hummel’s (Chris Colfer) love interest on Glee, Ryan Murphy has kept us guessing.

Glee sleuths thought they had Kurt Hummel’s love life all figured out with the debut of McKinley High’s smoking hot newbie Sam (Chord Overstreet), but that’s not the case. 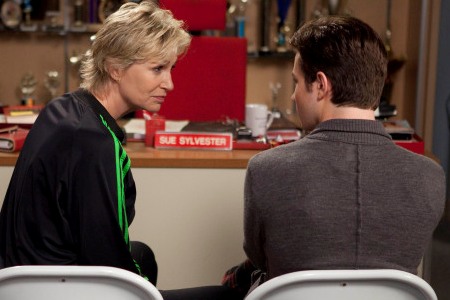 “It’s definitely not Chord,” Ryan Murphy said. “The new character (played by Darren Criss) is certainly an option. I’m not sure how soon I want to reveal that information because it’s such a big storyline of the year. I want there to be some surprises.”

While Ryan Murphy keeps us on pins and needles as to who will be the lucky guy to break through Kurt Hummel’s love woes, this week’s episode features our favorite sassy glee club member tackling the sensitive subject of religion.

In this week’s episode of Glee entitled, Grilled Cheesus, Hummel will face an internal struggle over the beliefs and values of those around him as well as his own. Grilled Cheesus will showcase religious-themed songs like Joan Osborne’s 90’s hit One of Us and R.E.M.’s Losing My Religion. 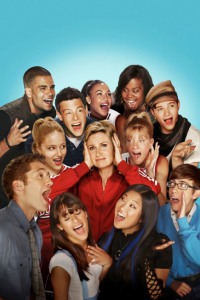 The internal tug-of-war the gay glee clubber faces in Grilled Cheesus not only holds general social importance, it also represents timely subject matter after the recent reported suicide of 18-year-old Rutgers University student, Tyler Clementi. His roommate and another student allegedly videotaped him having sex with another man.

“Last year the throughline was about teenage pregnancy. And the throughline this year is really about Kurt and his feelings about tolerance,” Ryan Murphy revealed. “This week alone three gay teenagers have killed themselves and committed suicide, and we just got asked today to do a PSA on it because it’s becoming such an epidemic because of the bullying.”

Glee’s creator Ryan Murphy isn’t the only famous face lending support in the ongoing fight against bullying while promoting tolerance. Ellen DeGeneres aired her own message about the subject.

“Something must be done. This month alone, there have been a shocking number of news stories about teens who have been teased and bullied and then committed suicide; like 13-year-old Seth Walsh in Tehachapi, California, Asher Brown, 13, of Cypress, Texas and 15-year-old Billy Lucas in Greensberg, Indiana. This needs to be a wake-up call to everyone: Teenage bullying and teasing is an epidemic in this country, and the death rate is climbing,” DeGeneres said in a video clip on her website. “One life lost in this senseless way is tragic. Four lives lost is a crisis. And these are just the stories we hear about. How many other teens have we lost? How many others are suffering in silence? Being a teenager and figuring out who you are is hard enough without someone attacking you.”

Two different celebrities speaking out at two different times with statistics spanning from a week to a month over bullying and intolerance is astonishing. These aren’t even all the facts. There are kids going through heartbreaking situations every day that we don’t even know about and that’s what’s truly terrifying. The truth of the matter is that bullying doesn’t necessarily choose a specific life to hurt. It can be any child at any time and that’s a fact. Grilled Cheesus might not directly talk of suicide due to tormentors, but it does feature the battle between what we believe and what those around us value and in the end that is a component of bullying and in many rights what Glee features on a weekly basis.

Glee’s episode of Grilled Cheesus and the upcoming PSA featuring the cast might not cure the epidemic of bullying or single-handedly make everyone tolerant, but it is one giant step toward awareness and tolerance. We will never live in a world where everyone likes everything about us, but it shouldn’t drive us to levels of living in fear.

Check out Grilled Cheesus on Tuesday, October 5, at 8 p.m. on Fox.