The Twilight Saga: Breaking Dawn Part 1 doesn’t open until November 18, 2011, much to the anguish of Twi-hards everywhere, but with the new release comes new vampires in the form of the Denali Coven. Summit Entertainment has announced which actors will be portraying those Alaskan vampires. 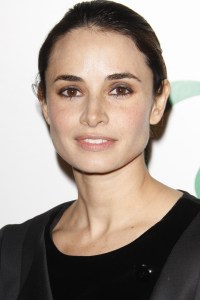 If you don’t know what that means then clearly you are out of the pop cultural loop and need to hit up Netflix stat.

Those making up the Denali Coven are also “vegetarian vampires” and have aligned themselves with the Cullens. The Alaskan vampires will include Christian Camargo (The Hurt Locker) as Eleazar, Mia Maestro (Crusoe) as Carmen, Casey LaBow (Skateland) as Kate and MyAnna Buring (The Descent: Part 2) as Tanya, who fancies herself something of Bella’s rival for Edward. Could there really be such a thing?

Maggie Grace, who played Shannon on Lost, was previously announced to have joined the cast as Irina from the Denali Coven. Apparently she outs Edward (Robert Pattinson) and Bella’s (Kristen Stewart) baby as being an immortal child. It seems you just can’t trust any vampires these days.

If you think waiting until next November for the latest installment of The Twilight Saga feels like an eternity, The Twilight Saga: Breaking Dawn Part 2 won’t be released until November 16, 2012, leaving a lot of time to drown in all that angst.

Read on for more Breaking Dawn