Fans of Bill and Giuliana Rancic’s reality show Giuliana & Bill know the couple has been trying to have a baby. Sadly, after going through in vitro fertilization treatments, they recently announced Giuliana suffered a miscarriage. 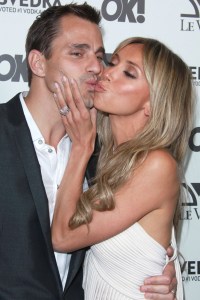 The Rancics opened up to People about losing their baby after getting pregnant on the first try. Bill Rancic said, “Both of us were in shock. Failure wasn’t an option!”

Upon miscarrying her baby after nine weeks, Giuliana Rancic shared, “I said, ‘I’m not doing this again. I can’t.’ I was angry at life and at God.”

Bill and Giuliana Rancic met when she was still Giuliana DePandi and had interviewed him a couple of times on E! about his time on The Apprentice. They married in 2007 and began chronicling their relationship for television in 2009.

Giuliana & Bill returns to the Style Network on October 11 where viewers will experience the rollercoaster of emotions they endured upon learning they were pregnant and then dealing with their loss first-hand.

By publicly sharing their ordeal, Giuliana said, “Hopefully we can help people understand that there’s nothing to be ashamed of. It’s such a taboo subject, but it’s a very common problem.”

Read on for more Bill and Giuliana Rancic