Since we’ve already heard the multitude of tapes of Mel Gibson verbally abusing and physically threatening Oksana Grigorieva, is there much more to know? Oprah Winfrey apparently thinks so as the talk show host will reportedly be the first one to interview Gibson’s ex-girlfriend. 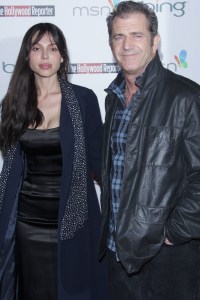 Although not confirmed yet by Oprah’s reps, Us Magazine is reporting that Oksana Grigorieva will talk with the exiting queen of daytime about her highly publicized and tumultuous relationship with movie star Mel Gibson.

In case you have been on an entertainment news hiatus, Oksana and Mel had a very nasty break-up as tapes were released of Mel going on a racist and demeaning rant against Oksana, the mother of his baby daughter Lucia.

Mel Gibson admitted on the tape that he hit Oksana, which according to him she deserved, and he threatened to bury her in their rose garden.

Oprah reportedly beat out 60 Minutes to be the first one to get all the scandalous details, but are you interested in watching the interview, or are you over the whole thing?