CNN anchor Anderson Cooper will enter the world of daytime talk shows with the launch of his own syndicated daytime talk show. Slated to be on air fall 2011, right as Oprah leaves daytime for her own cable network, Cooper hopes to fill the void and pick up her daytime viewers. 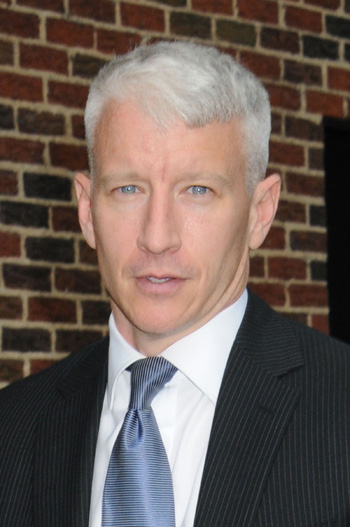 Anderson Cooper’s new daytime talk show will cover various topics, from celebrities and pop culture, to social issues and news stories. The yet-to-be-named show will also include hidden-camera experiments as well as town-hall meetings, all geared to the female viewing population.

The multi-tasking Cooper will continue hosting Anderson Cooper 360 and will also be executive producer on his new daytime talk show. “Over the course of the past few years, I’ve had the opportunity to work on a number of daytime programs,” said Cooper.

“It’s fun and interesting to work in daytime television. The format is unique and you can really go in-depth on a wide range of fascinating and compelling stories.”

Cooper says that even with the announcement of his new show, he remains committed to CNN. “I remain as committed as ever to my program on CNN, and will be with CNN for years to come,” he tweeted today.

Cooper has shown off his less-serious side on daytime talk shows before, appearing as a replacement for Regis Philbin on Live! With Regis and Kelly — and he is excited to dive into this new format.

“With this new program I hope to relay important information and relate to people and the audience in a completely different way. It’s an exciting opportunity to show another side of myself and create something worthwhile and special in daytime,” he says.

Tell us: Will you watch Anderson Cooper’s new daytime talk show? Comment below!