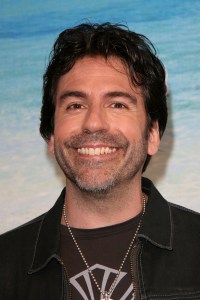 “Greg Giraldo passed away today. This is the last photo of us together, taken June 28 at Noam’s wedding,” Norton tweeted Wednesday. “RIP buddy.”

Greg Giraldo was most recognizable for sticking it to roast-worthy celebrities like David Hasselhoff. He dabbled as an attorney before migrating into the world of comedic ventures.

Greg Giraldo was divorced but according to TMZ he was surrounded by his three children at the time of his death.

Sometimes we have to find the humor in tragedy and something tells me Greg Giraldo wouldn’t have it any other way.