Taylor Lautner became an instant superstar with his role as Jacob Black in The Twilight Saga. SheKnows turns the Star Spotlight on this talented young actor (and gives Team Jacob some drool-worthy photos of Taylor Lautner!). 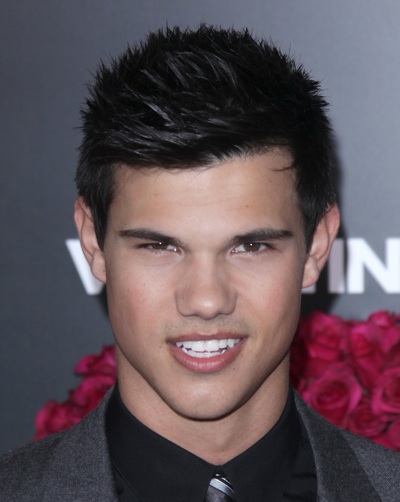 From a regular Michigan kid to karate champ to Glamour’s Sexiest Man of 2010, Twilight hottie Taylor Lautner has graduated from child actor to a grown-up performer with a promising career in film.

The gorgeous dark-haired actor started his career through an unusual path: karate. Lautner began studying martial arts at the age of 6, and it was through his karate coach, who played the Blue Power Ranger, that Taylor Lautner found his eventual career.

Lautner was only 11 years old when he landed his first role in the made-for-tv movie Shadow Fury. He quickly followed this up with stints on hit TV shows like Summerland, The Bernie Mac Show and My Wife and Kids. The transition to the big screen was a natural one, with a featured role in Cheaper by the Dozen 2 and the lead in The Adventures of Sharkboy and Lavagirl in 3-D, cementing his place as a rising young star.

But it was Taylor Lautner’s role as shape-shifting wolf Jacob Black in 2008’s Twilight that made him an international heartthrob. As the foil to Bella’s vampire lover Edward Cullen, Taylor Lautner’s Jacob Black brings an animal magnetism to the series — so much so that although the New Moon director considered another actor for the role in the next film due to the marked physical changes in the character, Lautner kept the role. Lucky for us, to do so he put on 30 pounds of pure muscle and now rarely wears a shirt on screen.

Taylor Lautner continues to play the role of Jacob Black in Twilight: Eclipse and the two Breaking Dawn films, but he’s no one-trick werewolf. A comedic turn in Valentine’s Day with singer Taylor Swift allowed him to indulge his love of football as a player on a local high school team. The duo were rumored to be dating for awhile before Swift and Lautner allegedly split in December 2009. His next non-Twilight role will be as a teen who finds out he was kidnapped as a baby in the John Singleton thriller Abduction, due out in 2011. Moving from wolf to superhero, Taylor Lautner will play Stretch Armstong in the 2012 Brian Grazer flick of the same name.

Is Taylor Lautner the next Tom Cruise? Only time will tell, but his good looks and wide commercial appeal are opening a lot of doors for him. We predict we’ll see this young talent onscreen for years to come.

Taylor Lautner is not dead