Modern Family episode two features Gloria (played by Sofia Vergara) trying to honor her grandmother’s memory by cooking traditional Colombian cuisine (ahem…pig intestines), however her husband Jay (played by Ed O’Neill) makes fun at her attempt to cook her native food. Jay better watch his back because the fiery Gloria will probably get the last laugh. No doubt their son, Manny (played by Rico Rodriguez) is on team Gloria! 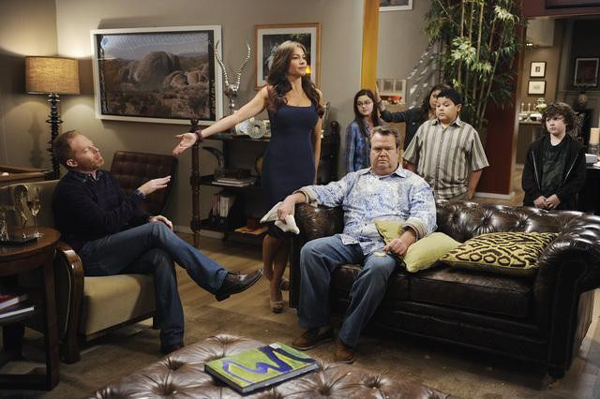 Cameron (played by Eric Stonestreet) and his partner Mitchell (played by Jesse Tyler Ferguson) debate how much public display of affection is appropriate. Perhaps a kiss comes into play? Let’s just say that Mitchell thinks all affection should be kept indoors. Leave it to this couple to leave you thinking about PDA in a whole other way!

Meanwhile, Claire (played by Julie Bowen) is having a hard time letting her little girl grow up, as her daughter, Alex (played by Ariel Winter) starts showing interest in a boy. Her sister, Haley (played by Sarah Hyland) attempts to support her sister by giving somewhat skewed sisterly advice. I’m sure Claire’s hubby, Phil (played by the hilarious Ty Burrell) will manage to reign in his wife’s control freak ways. 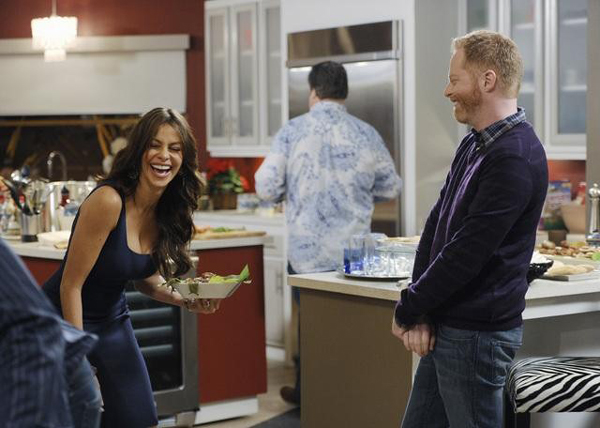