Mel B has taken viewers into her world on her hit Style Network show, Mel B: It’s a Scary World. Now, Mel B is exclusively taking SheKnows inside the spicy world of the former Melanie Brown. 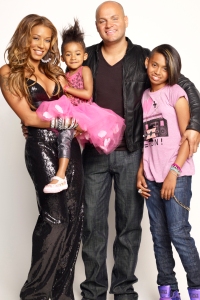 With her family also appearing on the show, Mel B admitted to us that despite her “Scary” moniker from her years in the Spice Girls, the Scary World she inhabits is anything but.

Brown has two children and a husband who clearly adores her in Stephen Belafonte. Together they have welcomed cameras into their home to document their lives for her show which airs on Sundays at 9 p.m. on the Style Network.

Mel B gets real

The singer, mom to Phoenix Chi and Angel Brown, reality show host and soon-to-be-Broadway composer with her Spice Girls sisters sits down with SheKnows to take us into the center of Mel B’s World.

SheKnows: How has the reality of filming your reality show differed from what you expected it would be?

Mel B: I have had a ton of fun taping the show. It is hard work and more tiring than I expected, but the experience has been positive and well worth it. I think I may have developed a small case of OCD. I always want the house to look perfect on camera, so I am always tidying up.

SheKnows: Did you all have a hard time getting used to cameras following you? (Beyond the paparazzi!)

Mel B: It is a bit strange having cameras following me all the time, but for the most part they don’t interfere with our lives, they just capture what we do. The cameras are always around. If I have a business meeting or do a school run or pick up groceries, they are there. The camera crew has become part of the family. My youngest daughter loves having them around. She wakes up and asks, “Where is everybody?”

SheKnows: If there is a theme to your show, what would you say it is?

Mel B: One of the underlying themes of the show might be that it is possible to have it all! You can raise a family and find time for your husband, all while pursuing your dreams. My show is very much about balancing regular family life with professional life. We are a crazy, fun blended family with lots of love…but outside of my home, I have a ton of things I want to accomplish. 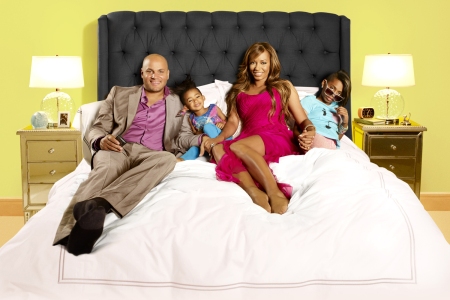 SheKnows: What was it about the United States and LA specifically, that made you want to settle here?

Mel B: I am a UK girl at heart and the UK will always be my home…but I love Los Angeles sunshine! Beyond the gorgeous days, there are so many different things to do with the family (the beach, skiing, hiking), as well as a multitude of career opportunities in music, television, film, etc. This is Hollywood and anything can happen!

SheKnows: Do you still keep in touch with your Spice Girls?

Mel B: Yes. We have known each other for almost 20 years now and we definitely keep in touch — through e-mail or via phone or now even on Twitter (you can follow me @officialmelb). All of us are mothers, so we are always tapping each other for advice. Who knows, maybe for season two there will be a Spice Girls reunion!

SheKnows: Are you involved in the proposed Spice Girls musical?

Mel B: All five of us are working closely together and creatively with Judy Kramer who was responsible for the musical and film, Mamma Mia. At this time, it looks like the Spice Girls musical will premiere in 2012.

SheKnows: What first drew you to the world of singing? Was there a singer, group, or song?

Mel B: When I was younger I was a huge fan of Neneh Cherry and Tracy Chapman. They were both strong successful women in the music biz and I idolized them. I used to pretend I was Neneh Cherry when singing in the mirror. As a kid, I was always singing and dancing and had dreams of being a singer.