Lindsay Lohan has reportedly made the decision to check herself into rehab — again.

A source is reportedly telling Access Hollywood that Lindsay Lohan checked herself into a live-in rehab facility somewhere in Southern California. 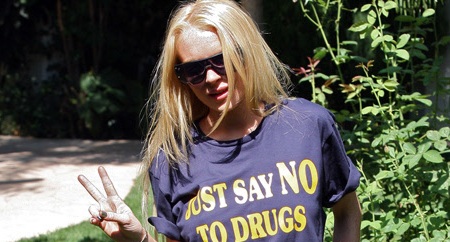 Both KTLA.com and TMZ revealed Lohan’s latest rehab news but it was not made clear if she checked herself in Monday or Tuesday morning.

Access Hollywood previously reported Lindsay Lohan was planning to seek treatment again. Lohan’s current news that she has decided to take action by checking herself into rehab again comes on the heels of her release from the Century Regional Detention Facility in Lynwood, California. The actress was released on $300,000 bail.

Lindsay Lohan was released on September 24 after Los Angeles Superior Court Judge Patricia M. Schnegg overruled Judge Elden S. Fox’s decision from earlier that day to hold Lohan in custody without bail. Her crime? Well if you didn’t hear, she violated the terms of her probation when she failed her mandatory drug test.

As part of her release conditions, Lindsay Lohan agreed to wear a SCRAM alcohol monitoring device. Her compliance was evident around her ankle. Cleverly posed photos of Lindsay Lohan lounging on the grass with her sister Ali Lohan popped up on the UK newspaper The Sun’s website on Monday.

Lindsay Lohan was also asked to comply with a “no controlled substances or associated paraphernalia, except with a valid prescription” agreement according to the court order Access Hollywood obtained.

On October 22, Lindsay Lohan will find out the next step of her fate when she attends her latest hearing.