Elisabeth Moss is having quite a fall. Mad Men, the AMC smash in which she stars, is enjoying its most critically acclaimed season. Moss also had her first foray into comedy in the Judd Apatow smash hit, Get Him to the Greek, starring Russell Brand and Jonah Hill. 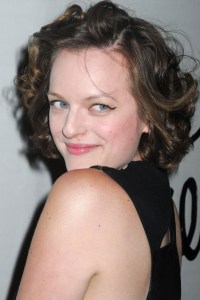 Moss phoned us for an exclusive chat about what makes her character on Mad Men an inspiration to women and how appearing in Get Him to the Greek was a career moment for her. Get Him to the Greek is her first comedy, an opportunity for which she is eternally grateful to producer Judd Apatow, as well as her incredibly supportive co-stars, Brand and Hill.

SheKnows: First of all, when you first gathered at the first table read with the cast of Mad Men, could you have had any idea the pop culture phenomenon you all were crafting?

Elisabeth Moss: We all knew that it was a really good project. We all knew that we had something really special. At the same time, none of us are naïve enough to believe that that is a formula for having something succeed. You can have a wonderful project that is extremely special and no one wants to watch it. I think we knew it was special, but we all did not just get off the turnip truck. We have all been in this business collectively for many, many years and been involved in many projects. We felt it was something beautiful and unique, we just didn’t know whether anyone else was going to agree — so, yes and no, honestly.

SheKnows: Your character on Mad Men inspires a lot of women in that she is holding down a job that not many women had back then. Do you see it as an inspiration? 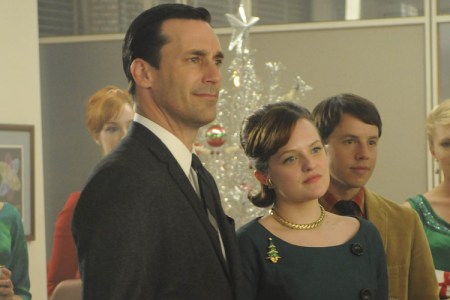 Elisabeth Moss: Absolutely. I think this story is universal. I think incredible strides have been made for women’s equality. It is not like the 1960s anymore, but I think that we have still lost respect for women in other areas and in other ways. There’s been a, “yes we have made great strides and gained a lot,” but we’ve lost a lot as well. I think we’re telling the story of a true feminist, a woman who didn’t know the term glass ceiling. She was just doing what she felt was right. I believe that feminism for her is about not being a man or a woman, but being good at what she does.

Moss gets to the Greek

SheKnows: What first appealed to you about joining the cast of Get Him to the Greek? 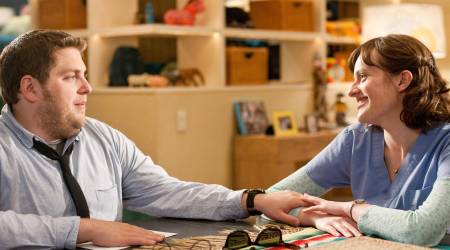 Elisabeth Moss: I’ve admired Jonah Hill and Russell Brand‘s work for some time and I’ve always wanted to work on a Judd Apatow comedy. I never thought it was going to happen. People don’t normally think Mad Men and then Judd Apatow [laughs]. When the opportunity came up, I auditioned with Jonah and Nick (Stoller, the director) and I was thrilled they asked me to be a part of it. I was flattered because I’ve never done anything like this before. I was excited they thought I could do it.

SheKnows: Was it a challenge to work with the improv that Jonah or Russell threw at you?

Elisabeth Moss: It was mainly improv. They told me I had to do it for the audition. I was terrified. Then when I got in there and I was with Jonah, I don’t know, it felt a lot easier than I thought it was going to be. I don’t know why, maybe Jonah and I just clicked. It ended up being really fun. For me, I will always be more comfortable with a script and with lines. That’s what I like [laughs]. 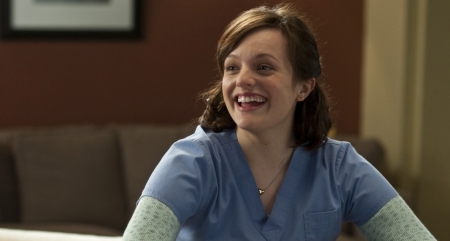 SheKnows: Although the scenes with the two of them — both Jonah and Russell, that must have made you a little nervous.

Elisabeth Moss: By the time we did those scenes, I felt really comfortable shooting.

SheKnows: What was it like working with Russell Brand?

Elisabeth Moss: I didn’t work with him that much. He was a perfect gentleman, he was very nice and very funny. We had a lot of things to do together that were sort of uncomfortable, potentially sensitive. I think everybody was more concerned about the other person being comfortable, that everybody overcompensated. He and Jonah were both perfect gentlemen. 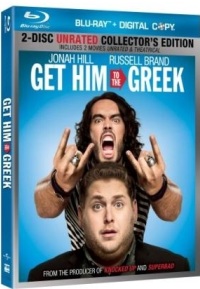 will Moss mine for more comedy?

SheKnows: Working on something like Get Him to the Greek, Hollywood likes to see someone doing something well and tries to get them to do it again. Any interest returning to comedy?

SheKnows: It was also nice to see a rock ‘n’ roll movie get made, not just the comedy aspect. Central to the entire film is Russell’s character making a comeback. Who would you like to see live that you haven’t seen in concert for some time?