After suffering damages from a flood in May, the Grand Ole Opry House is set to reopen its doors on September 28 with special performances by Keith Urban, Brad Paisley, Trace Adkins, Josh Turner, Little Jimmy Dickens and more. 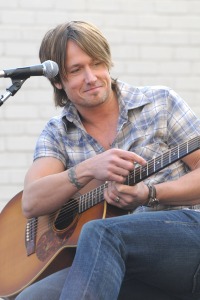 Just months ago, after the city of Nashville was devastated by floods, the Grand Ole Opry was filled with water from the Cumberland River, measuring four feet above the stage.

With the help of Brad Paisley and Little Jimmy Dickens, the iconic venue has been restored.

Even the famous wooden circle (taken from the original home of the Opry, the Ryman Auditorium) is back in place on the stage.

Without their venue, the Opry didn’t miss a beat though, as they continued to broadcast their radio show from various places around Nashville.