Sarah Palin received a frosty reception from last night’s Dancing With the Stars crowd, as they apparently booed her as she walked onstage to support her daughter, Bristol Palin.

If Bristol Palin thought having mom Sarah Palin on Dancing With the Stars would help garnish votes, she may have thought wrong. As Jennifer Grey and her dancing partner, Derek Hough, talked to co-host Brooke Burke, booing could be heard from the audience. Grey, unsure what was going on, asked Burke, “Why is there booing?” Burke responded with, “There’s booing in the ballroom? We don’t know why?” 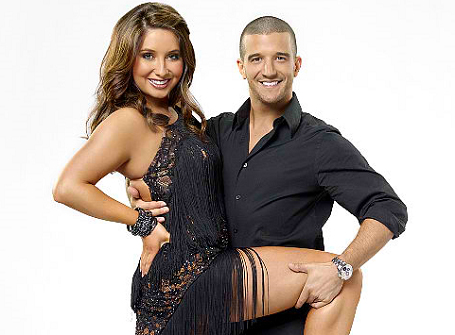 Cut to former Governor of Alaska Sarah Palin sitting onstage with co-host Tom Bergeron looking a little, well, embarrassed. She quickly recovered as Bergeron announced her — and this time she received a slightly better reception.

When asked what she thought of the show, Palin said, “This is amazing, so exciting. So exciting to see joy, exuberance and courage from the dancers.” As far as her favorite dancer? “They are all amazing. Bristol is not on yet,” she said pointing to Bristol sitting onstage. “Bristol the pistol.”

So, that is Bristol’s nickname? Interesting, yet fitting.

Booing aside, what did Bristol think about having mama Palin in the audience? During the performance, Sarah sat with her 6-year-old daughter, Piper, and Mark’s mom, Shirley Ballas. Bristol told People that her mom was her “security blanket.”

“I looked over and saw both our moms sitting together. It was comforting,” she said.

The couple went on to score a decent 22 points from the judges.

Watch the video and tell us: Was the crowd booing Sarah Palin — or Jennifer Grey’s score of 24, which, by the way, was the highest of the night?

READ ON FOR MORE Dancing with the Stars