New York Times bestselling author Eileen Goudge takes readers on a journey through family hardship and reconciliation in her new book Once in a Blue Moon. 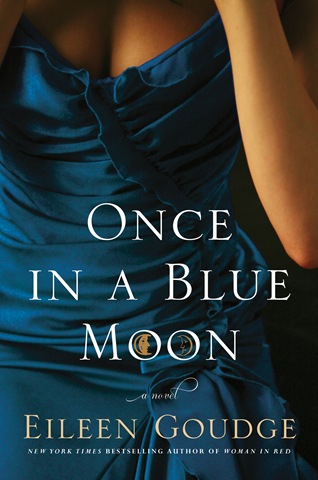 In a tragic story all too common, two sisters were torn apart when their mother went to jail for drug use. While one blossomed with her adoptive parents, the other struggled through school and drug problems of her own. Years later they are reunited under very different circumstances.

Once in a Blue Moon

While growing up, it was Lindsay’s job to look after her little sister, Kerrie Ann. When the girls’ stripper mom was sent to prison for selling drugs, their neighbor, a retired exotic dancer by the name of Miss Honi Love, fought to keep them, but to no avail.

Thirty years later, Lindsay is the owner of a bookstore in the sleepy California seaside town of Blue Moon Bay. Adopted by a loving couple — from whom she inherited the home she shares with the ever-feisty Miss Honi — she’s still trying to reconnect with her long-lost sister.

Unbeknownst to Lindsay, Kerrie Ann has led a very different life, bounced from one foster home to the next. Now, newly sober, Kerrie Ann is fighting to regain custody of her little girl.

When the sisters are finally reunited, the two very different women clash. As Lindsay and Kerrie Ann engage in the fiercest battles of their lives — while each embarks on a journey of the heart with the unlikeliest of men — they are drawn together, restoring belief in the unshakable bond of family.

Eileen Goudge takes readers on an emotional roller coaster in Once in a Blue Moon. Starting with a heart-breaking story too often faced by young children, this book launches into the struggles adults face as results of their childhood. 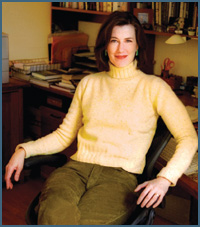 Lindsay and Kerrie Ann are two complete opposites, but soon learn that family ties run deep and are more connected than they thought. Both women have to work through personal issues — Kerrie Ann with her daughter and Lindsay facing all-too-familiar business problems — but each helps the other overcome them.

At first, the story was emotionally aggravating and difficult to read. But Goudge creates characters whose personalities and ever-changing paths will keep readers wanting more. Anyone who has ever faced a dysfunctional family will feel a connection with this book.

Readers who are unfamiliar with drug abuse and its effects on others will be given a realistic glimpse into a world often misunderstood. And the interaction between Lindsay and her newly sober sister shows readers the connection and strength between sisters even after tragedy separates them for years.

This is not a light read. It is a very touching story that will bring a sigh when the final page is read.

Learn more about the author Eileen Goudge at www.eileengoudge.net.

Once in a Blue Moon review