Lauren Conrad has confirmed that she’ll star on a new MTV reality show. Conrad’s latest foray into reality TV will follow the fashion designer as she launches a new line and will touch on her other businesses as well. Conrad got her TV start in 2004 as the star of MTV’s Laguna Beach and left the smash reality show The Hills in 2009. 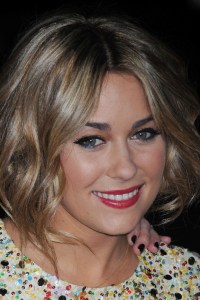 Conrad told The Hollywood Reporter, “I’m so excited to take on this new project that really focuses on my true passion. I’m happy to be partnering with MTV because I have had such an amazing relationship with them and love being a part of the network.”

When interviewed by Ryan Seacrest on Friday during his KIIS-FM radio show, the fashion designer said, “It’ll be something very different.” LC said the shooting schedule will probably start in October and her beau, actor Kyle Howard, “will not be on it.”

“I’ve always been open to doing reality again, just under different circumstances,” Conrad said. “As long as you have a separation, then it works. You have your personal life and you have work life; when it’s combined, it’s difficult.”

Gail Berman, producer of the new series told THR: “It will be a lot of fun to be exploring her new work adventure with her.”

Conrad’s third novel will be out next month. The New York Times bestselling author created the Lauren Conrad collection which debuted in March 2008 and a line of casual wear in 2009 that she created for Kohl’s department stores.

Read on for more Lauren Conrad