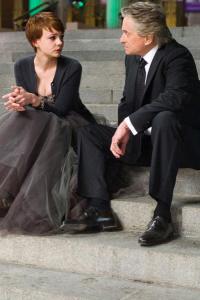 Say it with us: Greed, for lack of a better word, is good. Good for business. This weekend Oliver Stone and Michael Douglas resurrected 1980s icon Gordon Gekko and were greeted by big numbers at the box office, taking in an estimated $19 million and earning the top spot for the weekend.

Wall Street: Money Never Sleeps stars Douglas as a fallen stockbroker who teams up with a young Wall Street trader (Transformers star Shia LaBeouf) who’s seeking revenge on the man he blames for his mentor’s death and to warn others about an impending massive financial meltdown. Ummm, too late.

The Wall Street sequel also stars LaBeouf’s real-life girlfriend Carey Mulligan (An Education) as Shia’s love interest and Gordon’s daughter, Winnie. Early watchers, including us, were a little concerned that the film’s release was pushed from April to September, but that didn’t stop curious fans who wanted to see what Stone would pull in his first ever film sequel. Besides, the brick cell phone reference in the trailer alone seemed worth the price of admission.

Wall Street: Money Never Sleeps is Douglas’ first film to win the number one box office slot since his turn in 2001’s Don’t Say a Word alongside Brittany Murphy and LaBeouf’s sixth number one since 2007.

Coming in second was Zack Snyder’s stunningly animated adventure Legend of the Guardians: The Owls of Ga’Hoole, which premiered with $16.3 million. Ben Affleck’s early Oscar buzz earned The Town, last week’s top earner, third place this week at $16 million. Hilarious teen comedy Easy A finished fourth at $10.7 million, followed by the comedy You Again, which debuted at $8.3 million. 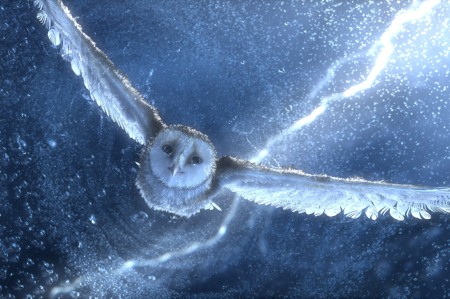 If money really doesn’t sleep and business keeps up for Stone’s follow-up to the original 1987 Wall Street, the film will be his highest grosser since 1999’s Any Given Sunday. Could that mean another sequel?

We’ve already got working titles swirling in our head. How about Wall Street: Mo’ Money, Mo’ Problems? Wall Street: Running with the Bull Markets? Or Wall Street: And You Thought 1929 Was Bad?