Lindsay Lohan was released from jail Friday night after a judge reversed the day’s earlier decision and allowed bail. 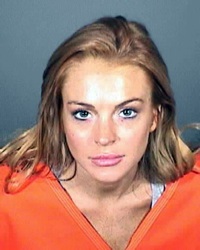 Lindsay Lohan was sent to jail on September 24 by an LA judge to await a hearing on a parole violation. Problem is, according to her lawyer, the violation — two failed drug tests — is a misdemeanor. According to California law, she should have been allowed bail.

Judge Elden Fox refused to allow any arguments from lawyers on either side as to whether or not Lohan should be allowed bail, a breach of court etiquette. Lohan’s lawyer, Shawn Chapman Holley, later had a closed-door meeting with Fox, who refused to reverse his decision.

Holley then filed a motion challenging the ruling, which was approved by another judge right in the nick of time — minutes before the courts closed for the night.

Judge Patricia Schnegg, Assistant Supervising Judge for the LA Criminal Courts, tossed Judge Fox’s ruling and set bail at $300,000. After failing two drug tests, the terms of bail will be strict: a third SCRAM bracelet, submission to search by law enforcement at any time, prohibition from being anyplace where alcohol is the “chief item of sale” or with anyone who is a known drug user.