Mark Zuckerberg, the notoriously private mastermind behind Facebook, reveal that he has a serious girlfriend in a profile for The New Yorker. Learn more about the girl who has his heart.

The baby-faced mastermind behind the social media juggernaut Facebook has been dating Boston native Priscilla Chan since their days at Harvard, according to a 6,000-word profile in The New Yorker. 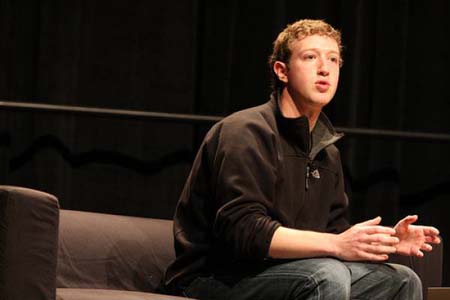 Chan even packed up and moved to Silicon Valley with Zuckerberg after the launch of Facbook. However, she doesn’t just hold the position of Mark Zuckerberg girlfriend — she’s a third year medical student at the University of California San Francisco with dreams of becoming a pediatrician.The New Yorker profile mentions their eventual plan to marry, though nothing concrete is revealed in the article.

The reason for Zuckerberg’s openness? It’s likely because of Social Network, the new semi-biographical movie about the rise of Facebook out Oct. 1.

The movie, starring Jesse Eisenberg as Zuckerberg and Justin Timberlake as Napster founder Sean Parker, is said to be more of a fictional view of Facebook’s rise to fame. A fictionalied version of Zuckerberg’s girlfriend is also included in the controversial flick.

Watch the trailer for Social Network

Whether fact or fiction, it’s likely that people will think they know Zuckerberg after seeing Social Network, something not lost on Zuckerberg or the public relations team at Facebook. The profile is an interesting glimpse into the life of one of the tech world’s most elusive characters.

Will you see Social Network? Is Zuckerberg’s girlfriend a lucky gal?