The Bones season premiere is tonight!

The season premiere of Bones is here and fans are wondering what will happen when Booth and Brennan are back together again. 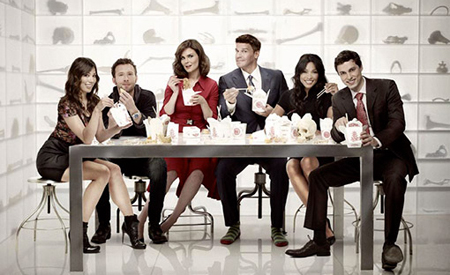 Last we saw the Bones crew, nearly the entire team took off on year-long trips. Booth went to fight in Afghanistan, Brennan was off to Maluku as head of an archeological dig (taking Daisy along with her), and Jack and Angela headed to Paris just because.

So what’s up for this season?

The team is reassembled to help get Cam out of a bit of hot water. After his rejection by Brennan, Booth finds love again in the war fields. Brennan will certainly be struggling with this as Booth’s pretty blonde girlfriend makes a juicy appearance.

This season we get to see Booth being a dad (heart melting) and find out what happened to the interns, all while watching the reassembled team struggle to find their new places — and Brennan struggle to clarify her feelings for Booth. Brennan even gets her own episode, shot entirely from her perspective, through her eyes and ears.