After the dramatic conclusion to last season’s Grey’s Anatomy, the soapy medical drama returns to premiere its seventh season tonight in the episode titled With You I’m Born Again.

When Grey’s Anatomy picks up, a month has passed since the intense shootout at Seattle Grace. Flashbacks will ensue of what the characters dealt with in the aftermath of the trauma. 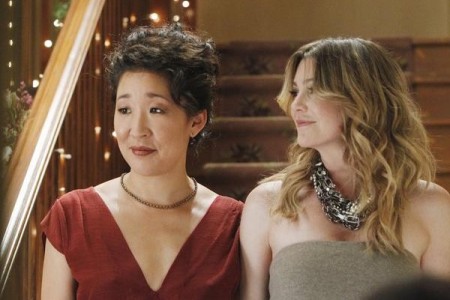 Men in Trees’ James Tupper joins the Grey’s Anatomy cast as psychologist Dr. Andrew Perkins to help the staff get through their recent ordeal. He must approve each doctor before they can return to the OR, but things don’t look good for our girl Meredith as she fights to get cleared. Even though she doesn’t agree with all who are given the green light to operate, Meredith takes on the role of the caretaker this season.

We also learn that Lexie became obsessed with researching murders and had a nervous breakdown. It seems the triangle between her, Mark and Alex will be over and that Mark will be the one who is there for her.

The Grey’s Anatomy season premiere will also have one doctor getting arrested for speeding and a wedding between either Owen and Cristina or Callie and Arizona.

This season will also give fans their long awaited closure to Izzie and Alex’s relationship; Derek and Meredith will temporarily get new roommates in the form of Dr. Jackson Avery and Dr. April Kepner; and Derek will quit his new Chief of Surgery position.

Are you looking forward to tonight’s Grey’s Anatomy premiere? Who do you want to see get married?