John Legend is back with a new record and the legendary band, The Roots. Their collaboration, entitled Wake Up, was recorded during great political change in the U.S. as the country was about to elect its first African-American president.

John Legend is the recipient of six Grammy Awards for his work spanning back to his debut album, 2004’s Get Lifted. The singer-songwriter may have been born in Ohio, but much of his musical ideology was molded as a college student in Philadelphia, Pennsylvania. The “Philadelphia Sound” was clearly an enormous influence on Legend as the singer soaked in the rhythm and blues sounds on the streets of the City of Brotherly Love. 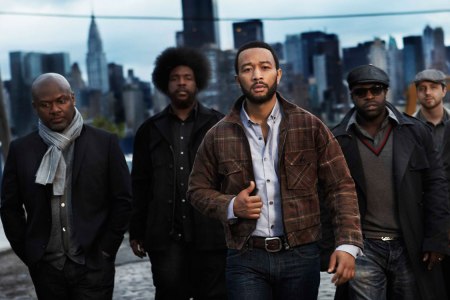 When Legend released his first album in 2004, it sold 3 million copies, not bad for a debut act. One of his first singles from that album, Ordinary People, hit number one on the Billboard charts. He returned in 2006 with Once Again that began Legend’s legendary collaborations. Artists appearing on Legend’s sophomore album included Will.I.Am and Kanye West. The year 2008 saw Legend return with Evolver and more collaborations including Outkast’s Andre 3000, who sang on the smash hit Green Light.

Now, in 2010, Legend has returned with what he calls his most rewarding musical teaming with The Roots. The legendary backup band brought Legend’s musical skills to new levels and evidence of the sonic greatness is on every second of their first album together, Wake Up.

John Legend and SheKnows want you to Wake Up! 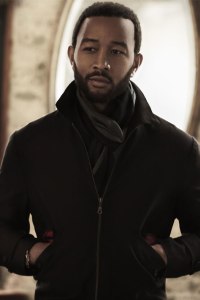 SheKnows: First of all I wanted to ask what are your feelings, your emotions, as you get ready to release a new album like this one?

SheKnows: Does your inspiration change from album to album?

John Legend: Sure, my mood changes. Sometimes I’m reacting to what I did on the last one in some ways. All those things affect the vibe of the album and also who I think about working with for the album, what our chemistry is as we work together, and what we stumble upon. Sometimes you don’t plan to make a certain type of song. I didn’t plan to make Green Light for instance, it just happened. It ended up being the biggest single of my career so far. But you know certain things like that you can’t predict. You just go with the creativity when it happens.

SheKnows: Does that aspect keep it fresh for you in a sense that it is still kind of a mystery as to what really strikes the public’s fancy?

John Legend: Yeah, it’s a mystery. It’s by definition in the creative process you’re going to create something new and you don’t know what that new thing is until you make it. So that’s an exciting process. It’s fun. It has an element of suspense to it as well.

SheKnows: And as a musician, you certainly wear a lot of hats. Whether it’s writing songs, recording them, performing live, and even making videos, how does each aspect of that influence you? And what parts do you enjoy more than the others?

John Legend: Well, there’s so much that I do. I love writing songs. That’s probably the thing that I can take the most pride in — I get the most excited about. Obviously it’s great performing live in front of an audience and seeing how they react to them. I also write songs for other people to perform as well. I think that’s the most challenging aspect of what I do too. I know that once a song is written I can go out and deliver it and perform it and sing it well. But the challenge is making that signature song that’s going to stand the test of time — that’s going to move the world. It’s a challenging thing, but when you feel like you’ve done it right it is a very rewarding thing.

John Legend and The Roots: A match made in music heaven

SheKnows: Your backup band on Wake Up, The Roots, are they possibly the best backup band ever? 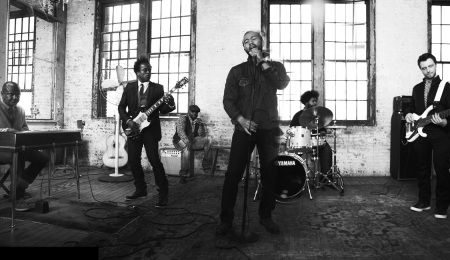 SheKnows: What was that like for you working with them? Was it inspiring for you?

John Legend: It’s been really great. I’ve always looked up to them and always wanted to work with them back in the day when I was going to school in Philadelphia. Those guys were doing pretty big things back then and they were the biggest thing out of Philly at the time along with Jill Scott. All the great artists, they were all bringing it through Philadelphia like D’Angelo and Erykah Badu — they were all coming to work with The Roots. So, to finally play with them now and do the album together, it was a great experience.

SheKnows: What is it about that Philly sound that inspired you and inspired many others too?

John Legend: I think Philly has one of the great live music traditions. Even now a lot of the people in my band are from Philadelphia and I think a lot of the live music players are from Philadelphia. I don’t know what it is. It’s partly the churches there, there’s a strong gospel community where a lot of black young people learn how to play instruments. Then that’s further cultivated by the soul scene there, the hip-hop scene. It just has a tradition of great musicians, particularly live musicians. I was privileged to spend some time there in school. I didn’t know I was picking Philly because of that. It certainly made my experience better.

SheKnows: I would think it would. I read the album was crafted in the heat of the summer, how did the temperature outside influence the music-making inside? 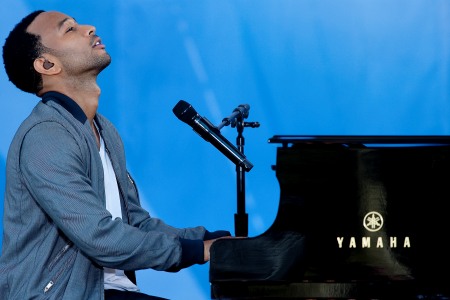 John Legend: Well, I think there was a lot of energy around the country because of the presidential election. People were really engaged in a lot of discussion about what was going on in the country and around the world. And so that was part of the inspiration for the album. The issues that we sing about in the album are relevant, or even more relevant than they’ve ever been. There are lyrics talking about war, talking about poverty, talking about injustice and talking about what it means to be American. All these things are things we talk about in the songs and are things that are still very much in play right now.

SheKnows: Is that why it was easy to name the album Wake Up?

John Legend: Well, it makes sense for the subject matter. We wanted to do something that was provocative and that would make people think and make people consider what they can do to make the world better — to engage in what’s going on around them.