Either ABC’s The Bachelor is running out of contestants or they really believe in Brad Womack’s return. 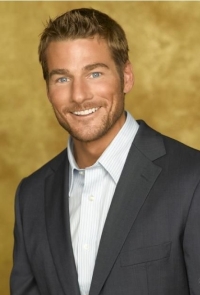 Brad Womack didn’t put a ring on it when he denied both DeAnna Pappas and Jenni Croft during the season 11 finale of ABC’s The Bachelor. Now sources are saying he wants a second chance.

According to a source opening up to US Weekly, Brad Womack is a front-runner for the next season of The Bachelor. Is the Texas hottie close to signing on for his triumphant return? The source says it’s possible.

“Brad is very sincere and believes in the show,” the source reportedly told US Weekly. “That’s why he didn’t pick someone last time. He was never in it for the publicity. He wants to find a wife.”

The source added, “Brad knows he has to open up more. Last time, he was reserved with the women.”

The insider has a scoop on another possible candidate, claiming producers are also considering up-and-coming country singer Ty Brown. You might remember him as the fourth runner-up on Ali Fedotowsky’s season of The Bachelorette.

With some fabulous eye candy to look at, who would you choose to be on ABC’s The Bachelor — Brad Womack or Ty Brown? SheKnows wants to know.