Last season on Chuck, Chuck’s worlds collided, bringing everyone in on his secret spy life and leaving his father murdered. Now, he’s teamed up with new recruit Morgan for a rogue mission: Find mom!

For three seasons, Chuck kept his spy status a secret. Now, his secret’s out, but in tonight’s premiere, he takes on a new mission he can’t tell the CIA or his sister about. 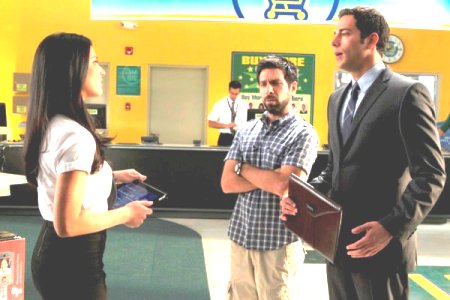 After his father was taken out in the end of season three, Chuck learned his mother, Mary Bartowski (Linda Hamilton), may not have run out on the family after all. It turns out, his dad had dedicated his life to finding out what happened to her and with dad gone, Chuck accepts the baton.

Chuck and Morgan go off the books and set out on a worldwide mission to track down the missing CIA operative otherwise known as “Mom.”

This mission will carry into the season, but tonight’s adventures will bring them face to face with a gun-wielding Harry Dean Stanton.

Meanwhile, it’s business as usual at the Buy More this season, only bigger and better, with a twist. The store got a much needed facelift after that explosive finale and while it’s still selling electronics, it’s been integrated into “The Castle,” Chuck and team’s base of operations.

Meanwhile, Chuck’s partners in crime-solving, Sarah (Yvonne Strahovski) and Casey (Adam Baldwin) are on their own case. They head to Russia to investigate the mysterious Volkoff Industries and an operative played by 80s action hunk Dolph Lundgren. 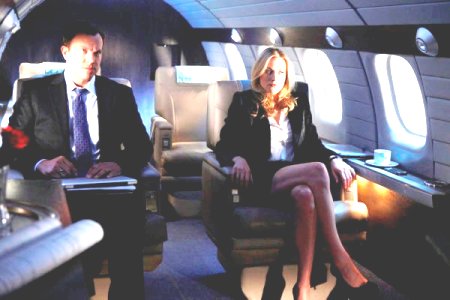 Chuck is on NBC every Monday at 8 pm, followed by The Event and Chase.