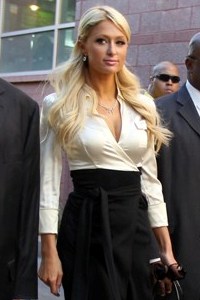 TMZ has learned that after being detained at the Narita International Airport in Tokyo for hours over her guilty plea for cocaine possession, celebrity socialite Paris Hilton was denied entry into the country until the matter is resolved. She’s being held in an airport hotel.

The Narita branch of the Tokyo immigration control office told the Jiji news agency that a person on a suspended jail term is not allowed to enter Japan except for “special reasons.”

Paris Hilton’s rep tells TMZ, “Paris Hilton was delayed by immigration authorities at a Japanese airport this evening after arriving for business obligations planned many months earlier. Paris was contractually bound to her business trip and didn’t want to let down her brands and many Asian fans.”

Hilton was to appear at a fashion show today in Tokyo’s high-end Roppongi district but the show was canceled.

TMZ also reported that, “Japan is strict about letting people into the country with recent drug convictions but these matters are handled on a case by case basis.”

In Las Vegas earlier this week, the former star of the reality TV show The Simple Life pleaded guilty to cocaine possession after her recent arrest. She was found with 0.8 grams of cocaine in her possession and given a one-year suspended sentence, fined $2000 and ordered to complete a substance abuse program.