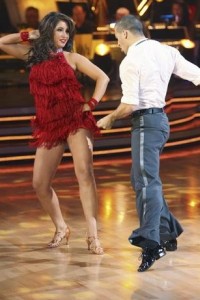 Chmerkovskiy told E! online that Mike “The Situation” Sorrentino needs to be taken down a notch.

Three couples, David Hasselhoff and Kym Johnson, Margaret Cho and Louis Van Amstel, and The Situation and Karina Smirnoff, all tied for last place with a 15.

“I didn’t think it was bad,” The Situation told TMZ.com. “I think the judges were a little harsh.”

Head judge Len Goodman told the Jersey Shore star, “You’re just under-rehearsed. You’ve got the guns but not the ammunition.”

Sorrentino later admitted to People.com that his “reputation” on his hit MTV series may have played a part in the dis. In the show, he spends most of his time club hopping, bedding babes and tanning.

“I literally jumped into this competition to show people that I’m trying my hardest,” he told RadarOnline.com, referring to a DWTS move in which he cleared three stairs.

Actor Rick Fox and Cheryl Burke got 22 and reality star Audrina Patridge and Tony Dovolani tied football star Kurt Warner and Anna Trebunskaya for a score of 19. Both Brady Bunch mom Florence Henderson and Corky Ballas, and Bristol Palin and Mark Ballas each got an 18. Michael Bolton and Chelsie Hightower escaped last place with 16. 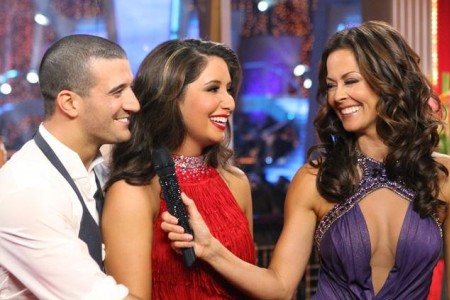 Bristol Palin was a pleasant surprise when she pulled off a layer and showed a sexy red fringed dress. Judge Bruno Tonioli told her, “This is virgin territory for you!”

What a great show! Watch the Dancing With the Stars results show, with performances by Santana and Daughtry, on ABC Tuesday at 8 p.m.