Will Arnett gets back to the wacky with Arrested Development creator Mitch Hurwitz in their new series, Running Wilde. The new show hasn’t found its legs yet, but with Arnett, Hurwitz and Keri Russell in the mix, it has promise. 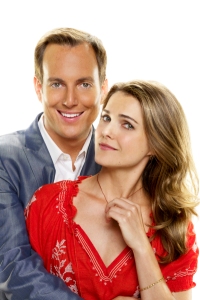 In Running Wilde, Arnett plays billionaire Steve Wilde, heir to an oil empire. He’s got everything he wants, except happiness and the one that got away, his first love Emmy (Keri Russell). Not even the humanitarian award he gives himself makes him feel better about life.

While Wilde’s surrounded by a team of oddballs and yes men, Keri Russell’s Emmy is off living in the rain forest with an ancient tribe, her mute daughter Puddle and her dimwitted boyfriend (David Cross).

Having dedicated her life to sacrifice and do-gooding, Emmy is Steve’s polar opposite and is unwillingly still pining for him.

“This is a true romantic comedy,” Hurwitz previewed of Running Wilde. “Will really does have great skills as an actor and can play a wide range of things, but because he is so funny, and funny is such a striking quality, people tend to use that quality of his in movies and in guest spots.

“The fun for us in working with Will is finding those levels and finding those surprises and those dramatic moments; just like the fun with Keri is finding those moments where she’s more comedic, where she’s not the voice of reason. She has such a likability and such a relatability that I think there’s going to be a lot of fun to be had with playing against types for both of them.”

Sounds like a winning idea, but so far, getting there has been a struggle. The pilot saw a big reshoot, with some recasting and a few storyline shifts. 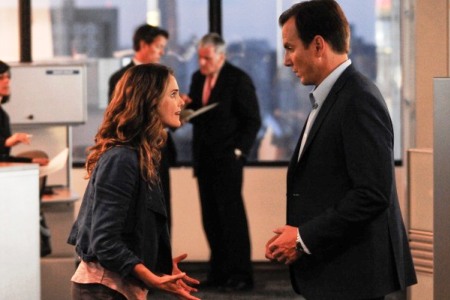 “We were very rushed in making a very ambitious pilot, because our favorite directors, the Russo brothers, were doing another show, so we didn’t have them until the last minute,” explains Hurwitz. “We didn’t have a lot of prep, and I think we had like six or seven days of post. It’s a very short amount of time and that affects everything. That affects casting. That affects how much time you get to spend with the characters finding it. We threw a lot of stuff out there very quickly, and we were able to look at it and say, ‘You know, here’s where we’re not as invested in the characters.'”

Running Wilde is still at more of a limp than a run, but the new series is still worth checking out. Weighed down with set up and exposition, pilots often don’t measure up to what a series will become and with this team, it’s hard to believe Running Wilde won’t hit its stride soon enough — especially if the show finds a way to keep wacky David Cross in the mix.

Running Wilde with Will Arnett premieres at 9:30 tonight, Tuesday, on Fox; after the premieres of Glee and the equally oddball comedy, Raising Hope.