Justin Bieber was caught making out with his opening act Jasmine Villegas!

After the MTV VMAs Justin Bieber said girls ain’t nothing but trouble, but turns out he likes a little trouble. The Biebs was busted by TMZ making out with a chick in the back seat of a car in LA — and not just any chick. The face he was sucking belonged to his opening act Jasmine Villegas! 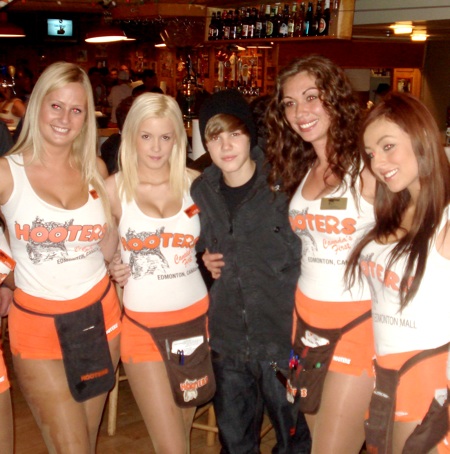 Here’s what Bieber said outside the VMAs:

“I mean, girlfriends are trouble at this age. Girls are fun to hang out with but, like, having that one steady girl… we’re constantly traveling and one girl’s not gonna really [work]. You can’t really have one girl, I don’t really have any crushes at the moment.”

So a 16-year-old boy is a lying liar? Most teenage girls will tell you that sounds about right.

The pair had insisted in the past that they were just “really cool friends.” Friends with benefits was the unspoken part of that equation.