Drew Carey’s weight loss made its television debut Monday on the season opener of The Price is Right. The comedian looks almost handsome without the extra 70 lbs. he once carried and his improved health made a positive difference in his on-stage demeanor. 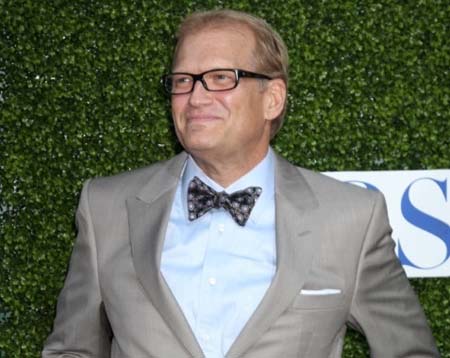 Hollywood let out a collective gasp when Carey, 52, showed off his svelte build at a July event. When asked at the time, Carey credited his weight loss to a strict no-carbohydrates diet and cardio workouts. “It sucks being fat, you know,” Carey told People Magazine. “I’m not diabetic anymore, no medication needed.”

His motivation for finally shedding the pounds? His fiancee’s young son. “I’d love to be able to play with him without getting tired, enjoy my life and watch him grow,” he told US Weekly.

Fans of The Price is Right will get to see Carey grow as a host during the game show’s 39th season. Carey’s received some criticism since taking over the show in 2007. Former host Bob Barker even insulted Carey and said he wasn’t as entertaining as he was. “I try to make the show really exciting,” the grouchy former host said. “He doesn’t do that. He just plays the games.”

Will Carey’s weight loss help bring in more viewers to The Price is Right, or will it hurt the show?