Lone Star premieres on Fox and its star, Mark Deklin, phoned us exclusively from the set to talk the great state of Texas where they film Lone Star, what it’s like to work with legendary screen actor Jon Voight (who plays Deklin’s father) and why it was important to make Lone Star in the state that has produced so many fantastic Texas tales.

SheKnows: What can viewers expect from Lone Star? 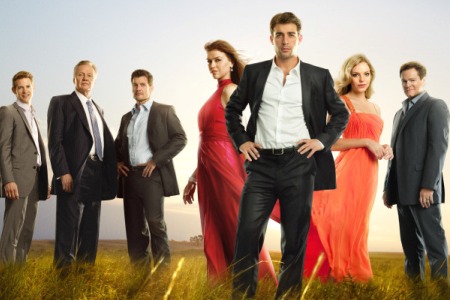 Mark Deklin: One of the things audiences can expect is intelligence and nuance. One of the things we were able to establish with the pilot is that it never felt like a television episode. It felt like we were doing an indie film. It has that aesthetic. One of the challenges we’ve had now that we’re in a series, is to keep that feel. There’s a certain grittiness to it that will feel more like cable than network television. It’s great to bring a show with that sensibility to network television.

SheKnows: What was it like when you first met Jon Voight, and then when you found out you would be playing his son?

Mark Deklin: [Laughs] It’s great. I was one of the last people cast, literally two days after my audition I was in Dallas filming. It was all sort of a whirlwind. At that point the role of my father wasn’t cast yet. Then, we heard Jon Voight was doing it. We were so excited. The first day he was in Dallas, we all went out to dinner to meet him. None of us knew he was still undecided. We thought he was already on board. The dinner was just a chance to hang out and get to know each other. We had a great time, hit it off immediately. Apparently, Jon called Fox the next day and said he was in love with the cast and said, “I’m in.” 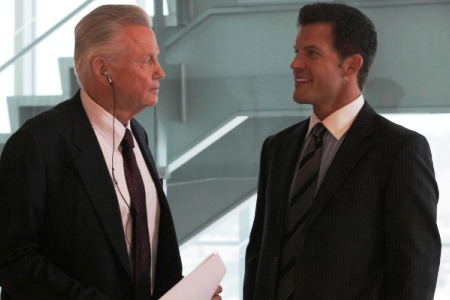 SheKnows: Since then, have you grown close?

Mark Deklin: Absolutely! It’s been great to become colleagues and friends. We’ve become good buddies. We like to go head to head with one another acting-wise. It works for our relationship for the show. We play off each other a lot. He and my daughter, I have a one-year-old daughter, they met for the first time last week, and it was so great to see Jon and my daughter falling in love with each other. It’s the sweetest thing. To see Jon crawling around on the floor with a one-year-old [laughs], it’s hilarious. He’s delightful. He’s the sweetest guy. I’ve gone from being just an admirer of his, to a close friend.

SheKnows: And he doesn’t have to do this show. He’s more than established.

Mark Deklin: Yes, exactly. He’s an Oscar-winner, he’s 71 years old, he’s a huge star. If he chose, he could come to this little television show and phone in his performance. It would still be exceptional. He brings 110-percent to every scene. Whenever we have a scene together, he’ll call me the day before and say, “Let’s have dinner and talk about the scene.” His passion for the craft is so inspiring.

SheKnows: A huge aspect of Lone Star is that it is set in Texas. We haven’t had a great drama about Texas in some time. There’s such a rich history in that state, what’s it like filming in Texas and telling a Texas tale? 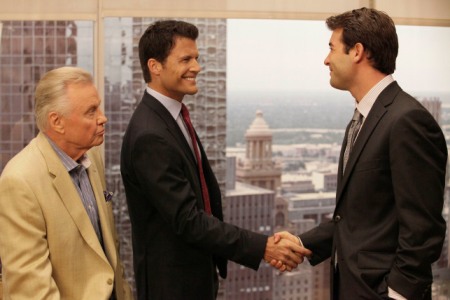 Mark Deklin: One of the reasons we’re here, honestly, is the tax incentives, which is really smart — if I was a producer, I’d want to shoot in Dallas. The town itself has really rallied behind the show. The entire community has been so supportive of us. People are going to want to come here to shoot. As far as telling a Texas tale, it’s phenomenal. Texas is really another character in our show. The fact that we’re shooting here, I hope it translates. There’s something about shooting on a real ranch in the middle of West Texas versus a ranch in Southern California. It’s a different feel. There are scenes we’ve shot in West Texas that are just epic. The quality of life there, it’s like right out of a painting. It’s gorgeous. It’s such a specific Texas tale, we as a cast are proud to be shooting in Texas.