Gossip Girl premiered last week with a stellar visit to Paris. So, where does Gossip Girl go from there? 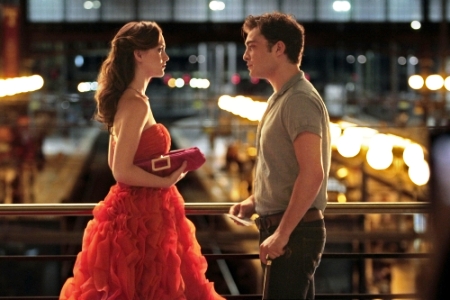 Blair and Serena (Blake Lively) talk over drinks about Blair’s future date with royalty. Serena’s not sure who to go with, Nate or Dan. Blair tells her in no uncertain terms who is worthy of her. As they leave the cafe, Blair says there’s nothing that could ruin her date. If she runs into a certain someone, that may change her tune.

Lily (Kelly Rutherford) is worried about Chuck (Ed Westwick), who has been AWOL for months and asks Serena to help her find him.

Back in New York, Juliet (guest star Katie Cassidy) offers to help Nate (Chace Crawford) get Serena back. She figures if they get Dan and Vanessa together, it would free up Serena for him.

What the heck is Juliet up to? How long will Chuck run from his past? Word has it that the Double Identity episode of Gossip Girl has a very intense ending. Don’t miss it tonight at 8 p.m. on the CW!