Randy Quaid and his wife, Evi, were arrested on suspicion of burglary, but the couple claims the house they are accused of robbing is actually their own. 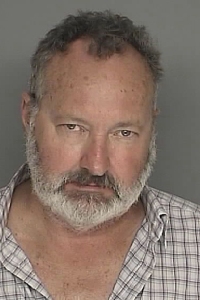 Randy Quaid and his wife, Evi, were arrested after they were caught trespassing at a California home they owned in the past.

In a weird chain of events, the Santa Barbara County Sheriff’s Department is saying that Randy Quaid and Evi Quaid were insistent that the home in question was their residence. A rep for the real homeowner is saying otherwise. According to reports, the rep actually produced legal papers proving the abode belonged to his client and not the Quaids.

The actor, who also happens to be Dennis Quaid’s brother, was booked on suspicion of burglary and entering a building without consent. His wife, Evi, was dealt the same fate but got an additional slap of resisting arrest.

It all kind of sounds like the Quaids were drifting if you ask me. Until more facts come out regarding the arrest, I’m not sure what to make of this squatting story, but it’s not the duo’s first brush with the law.

Earlier this year, the law-breaking duo tried to skip out on paying their bill at a California hotel. Evi Quaid had to pay $10,500 in restitution and she pleaded no contest to defrauding an innkeeper.

An attorney representing Randy and Evi Quaid could not be reached for comment about their latest arrest.