Paris Hilton is doing the only thing she can do to save herself from serious jail time — take a deal. 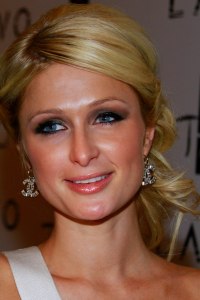 A Nevada prosecutor told the Associated Press that the heiress is accepting a plea deal that will find her guilty of two misdemeanors in exchange for a suspended jail sentence.

Back in August, Paris Hilton was arrested on cocaine possession charges while cruising the Las Vegas Strip.

Hilton, who just can’t seem to stay out of the tabloids these days, will reportedly plead guilty to drug possession and obstructing an officer, according to Clark County District Attorney David Roger.

The plea deal comes with strings attached, which the 29-year-old hot-to-trot beauty should be thankful are not more severe. To offset a felony conviction, the Las Vegas Review-Journal is claimi?????????????????ng Paris Hilton must serve a year of ?probation, complete a? drug abuse program, pay a $2,000 fine and serve a whopping 200 hours of community service. Oh, the horror. She should be thanking her lucky stars right now. ??

“If she is arrested for anything besides a minor traffic violation she will spend a year in jail,” Roger said in regards to Hilton’s future. “There will be no discussion. The court will have no discretion.”

Paris Hilton was found to be in possession ?of 0.8 grams of cocaine when it fell out of her purse when she was stopped? in Las Vegas. Hilton will be in court the morning of September 20.

REad on for more Paris Hilton