As they have been teasing their viewers for some time now, Comedy Central fake news hosts Jon Stewart and Stephen Colbert are holding opposing rallies in Washington D.C. on October 30. 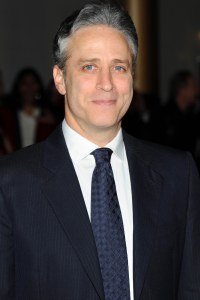 In what seems to be in response to (and a spoof of) conservative Glenn Beck’s Restoring Honor rally, Jon Stewart will lead the Rally to Restore Sanity, while Stephen Colbert will ask his nation to Keep Fear Alive.

Stewart’s Rally to Restore Sanity will be held on the National Mall in order to “beg America to stop shouting, throwing and drawing Hitler mustaches on people other than Hitler (or Charlie Chaplin).”

As the website further explains, “Think of our event as Woodstock, but with the nudity and drugs replaced by respectful disagreement; the Million Man March, only a lot smaller, and a bit less of a sausage fest; or the Gathering of the Juggalos, but instead of throwing our feces at Tila Tequila, we’ll be actively not throwing our feces at Tila Tequila.”

Meanwhile, Colbert wants his people to challenge the “dark, optimistic forces” of The Daily Show and to restore truthiness at the same time.

As the Keep Fear Alive website retorts, “There are dark, optimistic forces trying to take away our Fear — forces with salt and pepper hair and way more Emmys than they need. They want to replace our Fear with reason. But never forget — ‘Reason’ is just one letter away from ‘Treason.’ Coincidence? Reasonable people would say it is, but America can’t afford to take that chance.”

So whose side will you join? Jon Stewart’s Million Moderate March or Stephen Colbert’s “freak out for freedom?” If you’re a fan of either, you’ll probably just go for the combined comedy of it all.