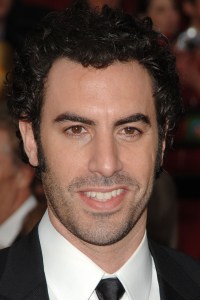 “We have Sacha Baron Cohen, which will probably be a shock to a lot of people, but he’s been talking with us for a long time,” May told the HardTalk show. “I think we’ll try and keep ourselves out of it as much as we can.”

He added, “Baron Cohen had been on this project since we started talking about it seriously with Peter Morgan a couple of years ago. Queen is one of the greatest rock bands of all time, and a music brand all unto itself.”

Oscar-nominated screenwriter Morgan also did the screenplays for The Queen and Frost/Nixon.

The film will focus on the years leading up to Mercury’s classic rock performance at Live Aid, Wembley Stadium in July of 1985. The 21-minute performance included the timeless songs, Bohemian Rhapsody, We Are the Champions and Radio Ga Ga.

May and Queen drummer Roger Taylor will oversee the music in the film.

Graham King, of GK Films, was quoted saying, “Freddie Mercury was an awe-inspiring performer so with Sacha in the starring role, coupled with Peter’s screenplay and the support of Queen, we have the perfect combination to tell the real story behind their success.”

Produced by Robert De Niro and Jane Rosenthal’s production company Tribeca, the shooting will begin in 2011. No word on a title as yet.