Was I’m Still Here fact or fiction? Finally Casey Affleck has revealed the Joaquin Phoenix documentary, I’m Still Here, was all an act.

Apparently the joke was on us — kind of. We all thought there was something fishy going on with Casey Affleck’s documentary about Joaquin Phoenix, I’m Still Here, and our suspicions have been confirmed. 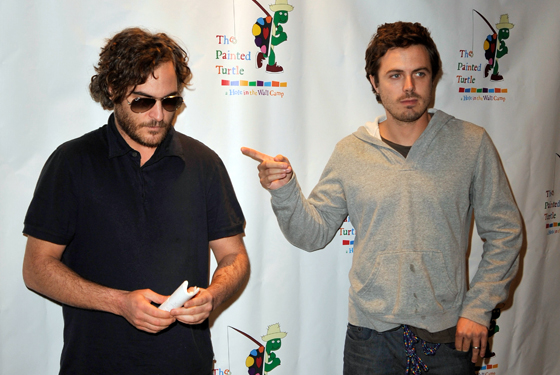 Casey Affleck is finally clearing the air and admitting I’m Still Here was a fake. His documentary about Joaquin Phoenix chronicled the actor’s announcement that he was retiring from acting to launch a rap career.

Phoenix was shown becoming portly and mangy-looking on his quest to become a lyrical master. I’m Still Here also featured his awkward and spaced-out interview on The Late Show with David Letterman.

Casey Affleck directed the film and told The New York Times that the whole project was an act, calling it “the performance of his career.” Affleck says home movies of Phoenix as a kid were even fabricated.

Affleck is insisting he never meant to fool anybody. He was simply toying with “gonzo filmmaking.”

Joaquin Phoenix is slated to appear on The Late Show with David Letterman September 22 and many can’t wait to see what he has to say about the whole situation.

Phew, it’s kind of nice knowing the masses weren’t wrong in their assumption that it was all a hoax. Okay, hoax is the wrong word considering Casey Affleck is assuring us it wasn’t his intent to trick anyone. I’m just glad the wackadoodle persona is not real.