The meaning and purpose of life is a topic that man has toiled over since his first sapient thought. But what if we knew the answer to this question? And what if we knew that how and when we’d breathe our last breath was unchangeable, as if written in stone? These are just a small fraction of the existential questions posed, in director Mark Romanek (One-Hour Photo) and screenwriter Alex Garland’s (Sunshine) powerful adaptation of Kazuo Ishiguro’s 2005 novel Never Let Me Go.

With the help of a sad-eyed narrator named Kathy H., played by Carey Mulligan, we’re transported to Hailsham, a Dickensian boarding school for “special” students located in a dystopian 1970s English countryside. Amongst hundreds of their peers and a handful of strict teachers, pre-teen Kathy (Isobel Meikle-Smal), Tommy (Charlie Rowe) and Ruth (Ella Purnell) live seemingly normal lives, chatting coyly and participating in art and sports. 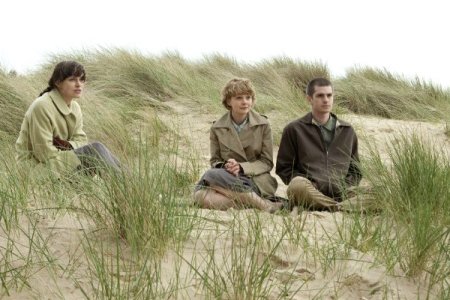 The perfect children in their perfect clothes and perfect manners at first seem innocently peculiar, but through subtle hints and a reveal 30 minutes in, we soon understand that something about this seemingly idyllic world is amiss. The children exist for a specific purpose unbeknownst to them, and to us, until a particularly caring teacher at the school decides it’s her duty to explain the brutal truth. With no parents in sight and no chance of changing their fate, the children live on as they had before having knowledge of their purpose.

Never Let Me Go jumps ahead to the mid-1980s, as 18-year-olds Kathy, Tommy and Ruth (played in their adult form by Carey Mulligan, Andrew Garfield and Keira Knightley) are moved into something of a halfway house called the Cottages, to await “completion” of their duties. By now Ruth and Tommy are a couple, and Kathy is left to pine for Tommy silently with her nose in a novel. As tensions between the threesome come to a head, Kathy decides to take up the position of a “carer,” leaving her friend behind, only to be reunited under humbling circumstances a decade later.

Knowing the secret of their fate is not imperative before seeing the film, in fact not knowing is a key aspect of what makes the subject matter so powerful. You’re invested in the characters’ lives, and by the end you’ll find it as hard to accept their destiny as they do. 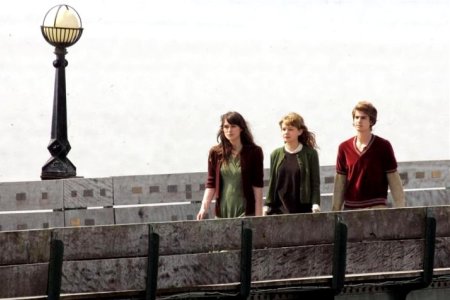 Casting is spot-on and the child versions of Kathy, Tommy and Ruth not only physically resemble their elder incarnations, but also manage to convey their varying levels of confidence and their subtle personal quirks.

Special praise goes to Mulligan, who has never been better. As Kathy, she wholly embodies a young woman who has spent her whole life yearning for something so close, but unreachable due to an inflexible fate. Kathy may be the shy, quiet one of the group, but she need not verbalize when she can say so much with a pair of tear-ridden eyes and a faint twinge of a facial muscle. Garfield shows his dramatic prowess as the shy, lumbering Tommy and Knightley breathes a humanity into the conniving and tragically jealous Ruth.

In a film market saturated with big-budget remakes and tiresome reboots, Never Let Me Go is a powerful reminder that a great script and story with inspired, yet restrained performances leaves more of an impact than explosions and a high body count.