Josh Brolin thinks Megan Fox is the next Katharine Hepburn. 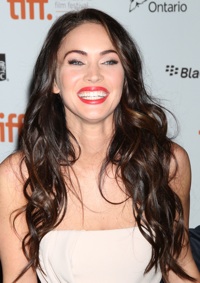 Brolin, who must have gotten into the wood glue again, recently told Playboy that his Jonah Hex costar Megan Fox is just as misunderstood and talented as the lauded classic film siren Katharine Hepburn.

“What Megan has done is confuse everybody thoroughly,” Brolin said. “To me, she’s doing something more interesting than what a lot of other young people in movies are doing.

“Katharine Hepburn, one of the most appreciated actresses today, was hated back in her heyday. She was box office poison… They didn’t understand her. Yet now we all look back and go, ‘OK, she was incredible.’

“I would love to be the person who puts Megan in a film in which she can actually do something interesting.”

Jonah Hex bombed at the box office, bringing in a mere $5 million in its opening weekend. Guess Fox’s talents really are largely misunderstood.

“People say bad stuff about her and how she can’t act, but they only say that because she’s beautiful,” says the actor, who stars with Fox in Passion Play, released last week. “She’s the most talented actress I’ve worked with. When she cries in a scene, I get emotional.”

In other news, Chris Klein is the next Laurence Olivier.

read on for more megan fox