People are asking what the Catfish movie is, and unfortunately, we can review the film but not give away too much. That would be denying audiences the biggest joy of Catfish, experiencing the unexpected.

What Catfish is, and this we share with complete and utter joy, is one of the most powerful films of the year. It is a documentary, but unlike any you have witnessed before. While Catfish starts out with the simplest of premises, it quickly spirals into something that is as equally dangerous as it is delightful. 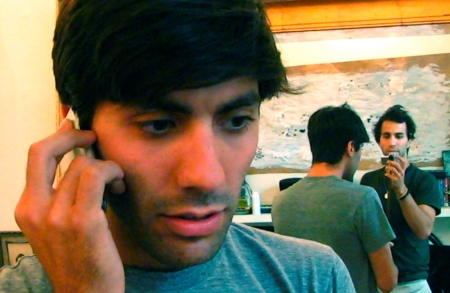 Catfish is a modern tale with direct references to the Internet world that has produced a legion of individuals who can re-create themselves online without any perceived consequences. Unfortunately for the filmmakers and central figure in their documentary, the consequences of falsely identifying oneself on the Facebooks of the world is life-changing.

It was 2007 and filmmakers Ariel Schulman and Henry Joost had a somewhat simple premise for their documentary, filming Ariel’s brother — photographer, Nev Schulman. The New York City-based filmmakers had been successful commercial and video creators with their production company, Supermarche. 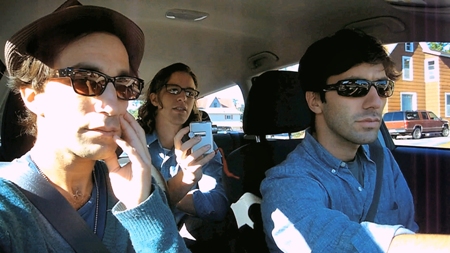 What began as an innocent connection between two people who had never met in person, quickly became a love affair only exercised online and through text messages. One of Nev’s photographs of some dancers inspired an eight-year-old artist named Abby in Michigan to paint an exact replica of Nev’s work. After several more Nev photographs became Abby paintings, Nev became intrigued. He spoke over the phone with Abby’s mother and through this process met Abby’s sister and the two quickly fell for each other. They talked over the phone, sent thousands of text messages and Nev became convinced this was a woman with whom he could fall in love.

Here’s where the plot description ends in our Catfish review, because to add anything else would be to rip away from the stellar experience that is witnessing Catfish in the theaters. All we can say is the usual, everything is not what it seems. But, what sets Catfish apart from other fictional “fraudulent Internet use” stories is it is real. Catfish is completely real and riveting in its ability to push the emotional buttons of audiences while simultaneously putting the viewer front and center into the world of Nev, his brother and filmmaking partner Henry Joost. 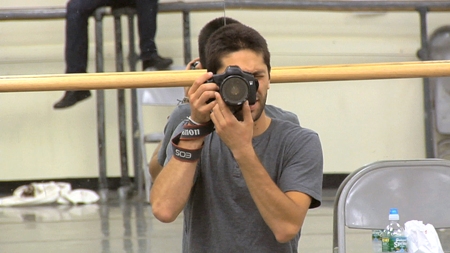 For the entire span of the film, we can assure you this: Your conscious, subconscious and every other part of you will be firmly engrossed in the drama (and sometimes welcomed humor) that is playing out on screen.

Simply, Catfish is not to be missed.