If you’ve seen Catfish (we have and can promise you it’s fantastic), tell no one what to expect. If you haven’t seen Catfish, the best thing you can do is go into the theater with as little knowledge about the film as possible.

Which leads us to ask: You know what we love about movies in 2010? For the first time in far too long audiences have the opportunity to walk into a theater for a fresh, unsullied cinematic experience without the pall of tell-all trailers or dozens of behind-the-scenes blog posts muddying their enjoyment. Movies this fall only enhance that facet. 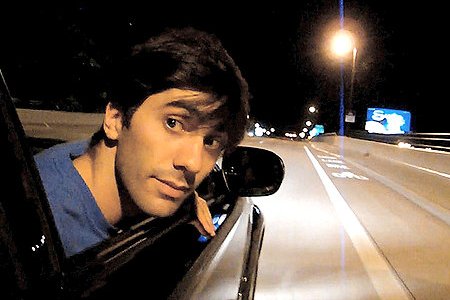 Earlier this summer, Inception director Christopher Nolan caused a raucous and was accused of using secrecy as a form of hype because he — gasp — decided to keep some things about the movie under his hat and now Catfish arrives in theaters riding a wave of Sundance buzz that can be summed up in two words: Spoiler alert.

Complicated and remarkable, this fantastic documentary has been the little movie that could. Catfish debuted at Sundance to widespread acclaim. It was inadvertently created by two best friends and filmmakers, the founders of New York-based production company, Supermarche, Henry Joost and Ariel Schulman, as they did what they always do; document their daily lives. Little did they know that as they were filming Schulman’s younger brother, Nev, when he started a few Facebook friendships, they’d be capturing one of the most bizarre and enthralling experiences of their lives.

“Nev and I don’t have home video from when we were growing up so we’ve kind of been making up for it the last six or seven years,” Ariel said in a recent interview when asked why he constantly films his friends and family. “And now he has a document of probably the strangest thing that will ever happen to him.”

The film, which IFC described as a “sad, unusual love story” and The Hollywood Reporter called “jaw-dropping,” was one of the most buzzed-about films at Sundance, sparking a bidding war between Rogue Pictures (who won) and Paramount Pictures after Brett Ratner endorsed the film.

Trust us, just go into the theater with as little info as possible and get ready for one hell of a ride.

Catfish opens September 17 and don’t miss our review of the film on Thursday and interview with the filmmakers on Friday!