Columbia Pictures just released the first official trailer for The Tourist starring Angelina Jolie and Johnny Depp. Will these two have the dynamic chemistry on-screen?

What happens when you pair two of the biggest (and sexiest) stars in Hollywood? We don’t have to wonder anymore. 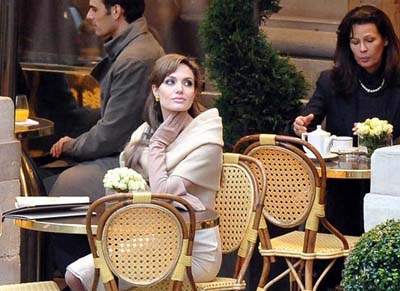 Set in Venice, The Tourist follows Frank (Depp), an American visiting Italy to help heal his broken heart. He meets Elise (Jolie), a mysterious and beautiful woman thrust deliberately into his life. Frank and Elise are on the cusp of romance when they’re faced with danger.

The film, directed by Academy Award-winning director Florian Henckel von Donnersmark, was filmed earlier this year in both Paris and Venice. It also marks the first time Jolie and Depp are paired together on-screen. Will they have mega-chemistry? Unfortunately, we’ll have to wait until The Tourist is released on Dec. 10 to find out.

In the meantime, whet your appetite for this sure-to-be blockbuster by watching the official trailer.

Sigh. Is there anything Depp can’t do?