Tareq and Michaele Salahi have published an ebook Cirque Du Salahi: Be Careful Who You Trust. The Real Housewives of D.C. reality star reveals for the first time in the book that she has suffered from Multiple Sclerosis since she was diagnosed 17 years ago.

In a statement, the couple said, “We also want America to know that you can still have a full, exciting and productive life even if you or your loved one is battling a debilitating, chronic disease such as MS.” 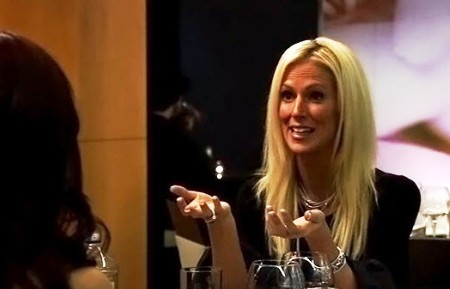 In an interview with Fox and Friends, Salahi said that she has been very hurt by her costars’ comments on her appearance on the reality show. They have been on Michaele Salahi’s case accusing her of being anorexic.

“You know, I am — I don’t deal with anorexic, I’m not an anorexic and I’ve never had an eating disorder,” she said, emotionally adding that this is the “first time I’ve said it publicly.”

“My own family, my cousins, a lot of the people dearest to me, my best friend just found out, so it’s something that I kept personal. I think a lot of people do with chronic illnesses or any type of disease. I kept it personal because I never wanted to be judged, I never wanted pity and I certainly wanted to hold on to my job.”

MS often causes unpleasant tingling sensations and exhaustion which often increases with stress. Salahi said that when she and Tareq left the White House state dinner last November so quickly, she had suffered a spell. The couple still insists they were invited to attend.

MS is a potentially debilitating disease of the nervous system and impacts the brain, spinal cord and optic nerves. There is no cure.