The Apprentice and Donald Trump are back for the first time in years without the “Celebrity” anchor of the previous three seasons. Although the Bret Michaels winning story was inspiring last season, Trump decided with the country’s current economic downturn, it was time to put the focus back on regular, everyday American workers displaced by tough economic times. 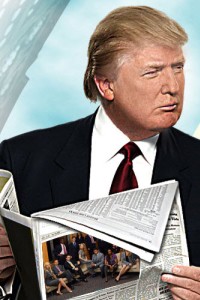 So, it is with great pleasure that Donald Trump and The Apprentice return September 16 at 10 pm with a cast of potential Trump employees who have been directly affected by the recession in that it cost them their jobs.

Now, with a new chance and an audience of tens of millions, these displaced workers will vie for the job of a lifetime, while simultaneously exposing their talents to the entire country. Regardless of whether they win The Apprentice this season or not, the hard-hit American workers’ occupational outlook can do nothing but improve!

SheKnows: Given the economic situation of the nation and The Apprentice’s call for hurt-by-the-economy business contestants, were you overwhelmed with people auditioning?

Donald Trump: We have had so many requests from so many people because of the times, because obviously the country is not doing well — the economic times are not good. And if you remember when we started The Apprentice it was this big hit, but it was also in a different world — times were booming and now times are just the opposite of booming. So many people wanted to see this show reflective of the current times and that’s what we’ve done. I mean we have people that went to the best schools and they don’t have a job. People that had really good jobs before (and they have five kids in one case and don’t have a job) have zero income coming in.

SheKnows: These new Apprentices are direct casualties of the recession. How have you taken inspiration from these workers as the show gets started? 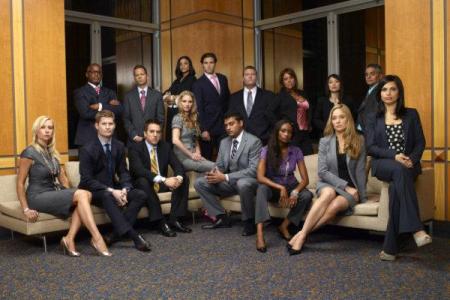 Donald Trump: We had some people that were lined up literally for four or five days outside in the heat trying to get in line. Those people really got credit because you talk about not giving up or fighting, but they waited for five days to do the interview. The energy and the survival of some of these people is unbelievable.

SheKnows: Would the word fighter be a safe one to use to describe your new lot on The Apprentice?

Donald Trump: That’s exactly right. I mean it’s very impressive. I call them kids, but they had a tremendous energy and a tremendous spirit for fighting.

The Apprentice changes it up

SheKnows: I understand the show this year will be slightly different than the non-celebrity Apprentice of the past. How so?
Donald Trump: Well, we do two things this time that are different, and this was Mark’s (Burnett, executive producer) idea. We have great sponsors of the show, Macy’s and PVH, that’s Phillips-Van Heusen, the biggest shirt company in the world. And what we’re doing this time is we’re giving them interviews with the top people at the various big companies, so in other words they’re going to meet with the top executives. We’re doing that and the big thing is going to be they’re going to work for me for a period of a year at a very high salary, whoever wins.

SheKnows: Mr. Trump, through this almost altruistic season of The Apprentice, do you think America will have any more faith in corporate America than they do currently? 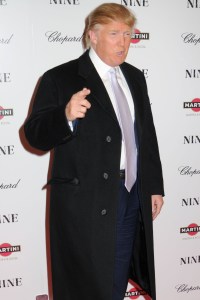 SheKnows: You yourself have had many second chances, most notably in the 1990s. Are you comfortable with being an inspiration to those who are seeking to make their way back to the top?

Donald Trump: Well, in the early 1990s I was billions of dollars in debt. Many of my friends and people in the real estate industry were going bankrupt. I never did, but I was in serious trouble. Now, my company is bigger and stronger than it’s ever been by far.

SheKnows: Do you think you’re a better person and businessman because of that experience of having to fight your way back?

Donald Trump: You know, I’ve never even thought of it until you mentioned it, but maybe that’s true. People have to come back. Life is about coming back and mastering how to come back.

SheKnows: Where do you believe our current economic problems came from and how are we doing in dealing with them?

Donald Trump: I think you will to a certain extent have to start with OPEC ripping us off on the price of oil. Oil is selling for $80 a barrel when it should be at $20 or $25. It’s just ridiculous.

SheKnows: Given what The Apprentice contestants have gone through, is this season going to be harder for you personally to fire people?

Donald Trump: I think it was harder. It’s one thing to fire a celebrity that did a lousy job or was lazy or you know they still make plenty of money in the outside world. To me it’s harder to fire somebody like this where you know they’re going back to nothing, they had nothing when they came. I find it harder to fire, there’s such a downside for these people.

SheKnows: Lastly, Mr. Trump, I know you flirted with public office before, any chance you would ever run?

Donald Trump: So many people want me to run for office because they know I have the right take on what’s happening to this country in terms of our competition — you know we’re not going to be the number one economic force in ten years if we keep going the way we’re going.