President Barack Obama already has two books under his belt, but come November he will add children’s book author to his resume. His first children’s book, Of Thee I Sing: A Letter to My Daughters, will be published by Random House. 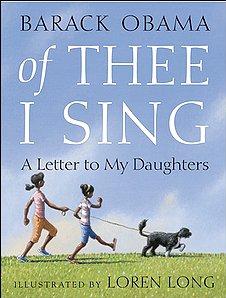 President Barack Obama is publishing his first children’s book: Of Thee I Sing: A Letter to My Daughters.

He has two books already — Dreams From My Father and The Audacity of Hope — but come November 16th he will debut a 40-page children’s book from Random House’s Alfred A. Knopf Books for Young Readers.

Obama’s book profiles thirteen prominent figures in American history including George Washington, Jackie Robinson and Georgia O’ Keefe. Children’s book illustrator Loren Long is the illustrator for the book and his credits include Watty Piper’s The Little Engine That Could and Madonna’s Mr. Peabody’s Apples.

In the press release, Random House Children’s Books publisher Chip Gibson said: “It is an honor to publish this extraordinary book, which is an inspiring marriage of words and images, history and story. Of Thee I Sing: A Letter to My Daughters celebrates the characteristics that unite all Americans — the potential to pursue our dreams and forge our own paths.”

The author proceeds from book sales will be used to create a scholarship for children of fallen and disabled American soldiers.