Jennifer Lopez has signed to be the next judge of American Idol. 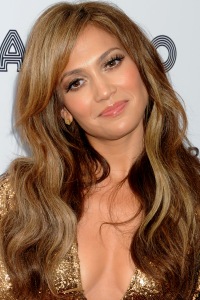 For the past month, eager devotees and media outlets have been given the runaround in regards to Jennifer Lopez’s future with the reality show.

Gossip mongers and sources claiming to be close to American Idol blamed everything from diva demands to salary hold-outs as the catalysts for the earlier dealings falling through.

None of that matters anymore. Jennifer Lopez will reportedly be sitting front and center with Randy Jackson during the tenth season of American Idol, according to sources talking to People.

Who will be sitting next to them since Simon Cowell, Kara DioGuardi and Ellen DeGeneres’ seats are still up in the air?

The contract, which is supposed to be worth $12 million, comes on the heels of Kara DioGuardi’s official announcement of her exit.

No word on when Steven Tyler will be officially joining Jennifer Lopez, but this girl will be cryin if he doesn’t. With Simon Cowell, Ellen DeGeneres and Kara DioGuardi out, someone has to do it. The responsibility can’t rely on the dog pound. Randy Jackson is the only confirmed American Idol judge at this time.

As per usual, Fox has made no comment and a rep for Lopez did not return calls. I think it’s finally safe to say, Jennifer Lopez will not be leaving American Idol high and dry. Wonder if Simon Cowell is having a laugh over the mayhem his departure is causing.