The social networking site, Twitter, has racked up another casualty. This time it’s loose-lipped John Mayer. 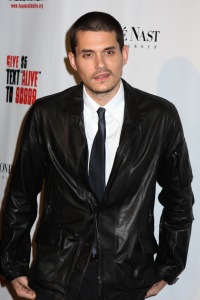 John Mayer has made it official. The singer will no longer be a member of Twitter.

The singer and fast-fingered guitarist is known for using Twitter to address his remorse or start a fight or two. Now, Mayer is putting his foot down. A rep for John Mayer confirmed the singer is closing his account.

John Mayer’s following on Twitter was not too shabby. He reportedly garnered more than 3.7 million “friends” eager to see his updates.

Mayer is allegedly heading back to the recording studio, but fear not, he plans to use other means of communication to stay in touch. His big mouth has caused him trouble in the past and so has Twitter, but he does plan to still use his written blog to reach out to fans.

Read on for more John Mayer