Penelope Cruz and Javier Bardem did a great job of keeping their baby news under the radar. But, the secret is out as Cruz and Bardem have admitted they are going to be parents. 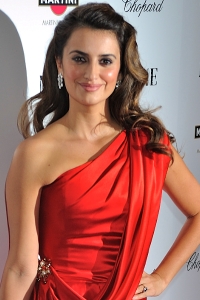 While there isn’t much gab to blab concerning the couple’s happy news, we can at least report a rep for Penelope Cruz confirmed rumors that the Oscar winner is expecting a baby.

The source confirmed to E! News that the Oscar winner is four-and-a-half months pregnant.

Gossip patrol went to town after pictures of Penelope Cruz wearing a baby bump-friendly top started to surface. Was she, or wasn’t she? Apparently she was. The telling pictures were snapped in Puerto Rico on the set of her upcoming movie, Pirates of the Caribbean: On Stranger Tides.

Penelope Cruz and Javier Bardem walked down the aisle in July during a top-secret wedding that had many fooled. Cruz and Bardem pulled off the nuptials in the beautiful Bahamas.

Love isn’t the only thing the couple share. They co-starred in the comedy Vicky Cristina Barcelona, for which Bardem’s better half won a Best Supporting Actress Oscar in 2009.

“They have shown the world they are in love,” Monica told Hola! “And it would be only normal and natural to have children.”

Congrats! With those genes, that kid is going to be one fierce looker.