Resident Evil: Afterlife 3D won the box office battle this weekend, but it wasn’t much of a battle. The September 10 through 12 weekend marked the worst box office numbers seen in over two years!

With football season in swing, this is never a big box office weekend. This time, however, the numbers came in even lower than expected. Thanks to the added 3D and IMAX price boosts, however, Milla Jovovich’s Resident Evil: Afterlife managed to bank an impressive $27.7 million at the box office to land in the number one spot. 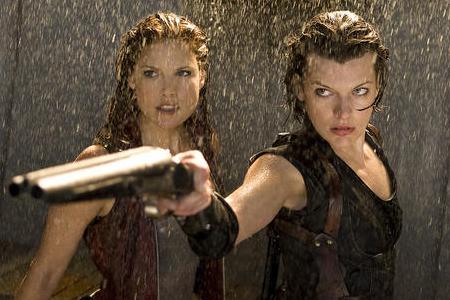 The number of tickets sold was actually on par with the franchise’s last installment, but with the added ticket prices, Resident Evil 3D earned the seventh best September opening ever. Tack on the $45.5 million earned internationally, and that’s seriously good news for the Resident Evil franchise.

It was, however, a big drop to second. Takers banked only $6.1 million to move up from third place.

That bumped last week’s winner, The American, down to third, with only $4.2 million, not a big surprise, considering the poor buzz the George Clooney flick got, in spite of coming in first last week.

Machete slid to fourth with $4.2 million and Drew Barrymore’s rom-com Going the Distance kept its place in the top five with $3.8 million. 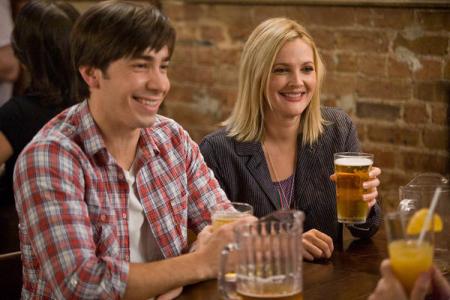 The bottom five were separated by negligible amounts, all coming in around $3 million. The Last Exorcism earned $3.5 million to drop from fourth place all the way down to seventh. The summer’s big hitters The Expendables and Inception continue to stay in the game. The Expendables came in eighth, with $3.3 million. That brings it up to a total take of $98.5 million. Almost to $100!

Inception is nine for nine, taking ninth place in its ninth week in the top ten. This weekend’s $3 million pull brings Inception’s total to $282.4 million.

Eat Pray Love and Julia Roberts managed to hold on to a place in the top ten, bringing in $2.9 million for the last spot.