Returning to the scene of the crime, Taylor Swift and Kanye West both performed last night at MTV’s Video Music Awards. Neither one disappointed as they both took to the stage to comment on last year’s infamous incident through song.

Taylor Swift confronted the issue head-on at the 2010 MTV VMAs and played video clips of Kanye West interrupting her acceptance speech last year while she belted out her song. 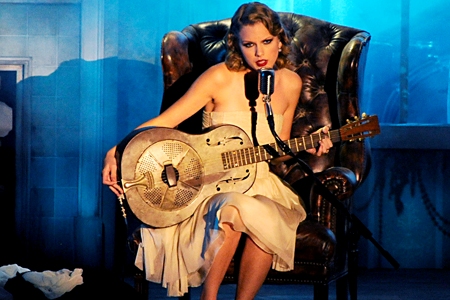 Taylor Swift’s Kanye West song, Innocent, went a little something like this:

“I guess you really did it this time. Lost your balance on a tightrope, lost your mind trying to get it back…Every one of us has messed up too…32 is still growing up. Some things you can’t speak of, but tonight you live it all again. It’s all right, just wait and see. Your string of lights is still bright to me. You’re still an innocent.”

As she directly offered forgiveness to 33-year-old Kanye West, the rapper took a less subtle approach, but one can only assume he was referencing last year’s incident with these lyrics from his single Runaway as he closed the show: 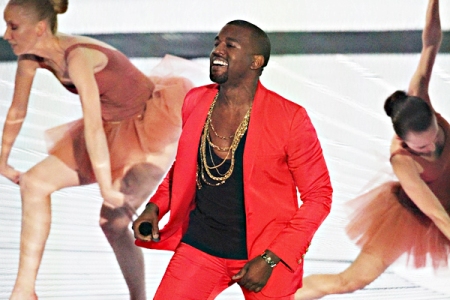 By all accounts, Kanye West behaved himself at the awards show this year, perhaps to some celebrity watchers’ dismay, and his performance, complete with synthesizer and ballet dancers, was met with loud cheering and chants of his name. It seems Kanye may have just redeemed himself.

While it seems the incident can now be put behind them, E! Online reports a duet between Kanye West and Taylor Swift was planned for the VMAs, but the country star refused to participate. Could someone not be over the whole ordeal as she likes to pretend?