The 2010 MTV Video Music Awards invaded the LA Live theater in Los Angeles while Chelsea Handler scored as the first female host since 1994. This year’s VMAs lacked sparkle, but there were some standout moments. Lady Gaga cleaned the house of Moon Men, proving she’s top monster. But, let’s not forget about the little phenom named Justin Bieber who took home Best New Artist, meaning he could be just as powerful as Lady Gaga in the future. Eminem picked up Best Male and Hip Hop Video, completely laying the competition out. 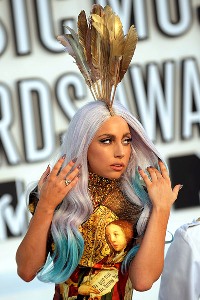 MTV’s cooler-than-cool awards show threw down some great moments that will be more than just water cooler talk in the morning, including Lady Gaga dominating as only the Queen of Pop can do.

Here are the top five moments from the 2010 MTV Video Music Awards:

The performances during this year’s VMAs were all stellar. Two leapt off the stage as buzz-worthy, but for very different reasons. Eminem added a surprise guest in Rihanna, but it was Usher who lived up to the pre-show hype.

Eminem, the former shock-tastic performer, opened the VMAs with an intense version of I’m Not Afraid before sliding into an explosive performance of Love the Way You Lie with Rihanna.

Usher turned up the heat with a laser show that made Pink Floyd jealous. Usher shattered any expectations when he put on a dance and laser show spectacular that wasn’t even a performance — it was art — to OMG. The stage was transformed into a futuristic canvas of green lights and funky shapes as dancers pounded the floor to the beats. Absolutely, Usher was at his best.

After being introduced by his “girlfriend” Kim Kardashian, Justin Bieber pulled up in a cherry red old-time convertible. This kid can break my heart all he wants. JBiebs ripped off his super-cool black shades from the 80’s and launched into Baby before transitioning into Somebody to Love. By the way, he killed on the drums. Bieber’s moves were something out of Janet Jackson’s Rhythm Nation. It will be one of those moments MTV plays again-and-again-and-again. Amazing! 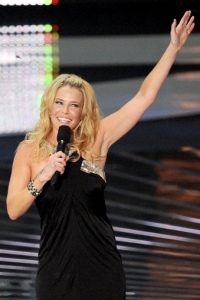 I wasn’t worried, I knew Chelsea Handler could handle it. The first lady of comedy strutted on the stage with a house on her head, looked to Lindsay Lohan for moral support backstage and set up a dysfunctional get-together for the Best New Artist nominees. Chelsea Handler trying to jive with Jason Derulo and accusing Justin Bieber of wearing a wig is something I can see over and over again.

Lindsay Lohan takes a licking and keeps on ticking. The back-to-redhead actress gave Chelsea Handler some ankle monitor flack all in good fun.

Rumors started circulating that Taylor Swift was going to perform a song she wrote off of her upcoming album, Speak Now. No big deal, right? Well, when the country singer took the VMA stage dressed in a beautiful 40’s look with a tape of the unfortunate incident between her and Kanye West at the 2009 VMAs playing in the background, people paid attention. For those not up to speed, Kanye West ambushed Taylor Swift’s VMA speech at last year’s awards show, which many found distasteful.

One year later she didn’t sing an angry tune or strum her guitar with hate. The poised 20-year-old simply sang, “Thirty-two and still growing up now. Who you are is not what you did now. Lost your balance on a tightrope. It’s never too late to get it back.” We knew who and what the message was about, but the sweet ballad promoted forgiveness. Did we expect that? Maybe not, but it was welcomed.

I do want to give honorable mention to Kanye West. He kept the evening free of shame and closed the show with a synthesized performance that asked us to give a “toast to the scumbags.” Think it meant anything?

1. Lady Gaga steals the Moon Man and announces the title of her new album 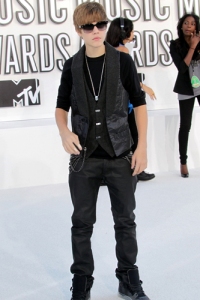 Lady Gaga led the pack going into the VMAs. The lady with a flair for drama dominated her categories, including taking home the coveted Video of the Year statue.

Lady Gaga accepted every award with grace and donned the late Alexander McQueen’s fashion-forward creations. She also announced the name of her new album in true Gaga style. She belted out a tune that ended with the words “born this way!” That’s right, her new album is going to be titled, Born This Way.

The 2010 MTV Video Music Awards were quite tame compared to past years. Chelsea Handler kept her act clean but witty, Taylor Swift healed old wounds through a beautiful ballad and the performances were the glue that kept the Moon Man together. Check out SheKnows’ list of the big winners. 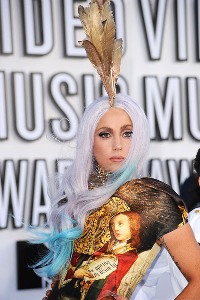