Take a stand against a disease many of us will come in contact with at some point in our lives, whether it’s directly or indirectly. Stand Up to Cancer aims to raise awareness through entertainment and survivor strength. 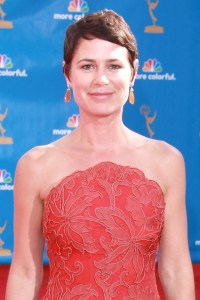 Laura Ziskin is a fighter in more ways than one. She’s made her way through the demanding trenches of showbiz to become one of Hollywood’s most sought after producers. Now she’s preparing to take on an even bigger task with a tough subject she’s up close and personal with — cancer.

Laura Ziskin produced Pretty Woman, the Spiderman movies and the Academy Awards, but she’s more than just a producer. She’s a breast cancer survivor and co-creator of Stand Up to Cancer. Stand Up to Cancer is a telethon, but it has to be entertaining while treading lightly on a serious matter.

“I joke that I have to make cancer entertaining,” Laura Ziskin told TVGuide.com. “It’s a tough challenge, but I’m up for it. And I can promise you our show will be entertaining.”

Stand Up to Cancer will air Friday, September 10 and zone in on survivors. The special will also include a who’s-who list of celebrities who have kept quiet about their own direct and indirect experiences with cancer.

“I think you’ll be surprised to see who some of these survivors are because some of them are celebrities who haven’t spoken publicly about their cancer,” Ziskin revealed. “I think there’s something in seeing that. That’s why Lance Armstrong is such a hero for everybody. We can look at him and say, ‘He’s made it.’ I think that’s going to be a powerful message. There’s a lot more music. The show’s going to be fun.” 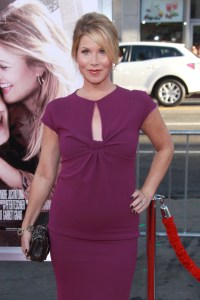 This is Laura Ziskin’s second time producing the powerful special. The 60-year-old breast cancer survivor produced the telethon in 2008, raising more than $100 million.

“That was our goal,” Ziskin expressed. “The economy is in a different place now, but cancer doesn’t care. We hope to raise awareness of what an epidemic and what a Holocaust cancer is because I think people don’t think about it. There are no political, gender, economical or race dividing lines. It’s an equal-opportunity employer. We hope that people will give whatever they can. We’re grateful for whatever anybody can give.”

Stand Up to Cancer will air September 10 at 8 pm on ABC, CBS, Fox, NBC, HBO, VH1, HBO Latino, TV One, G4, Discovery Health, E!, MLB Network, the Style Network, Bio, Current TV, mun2, Showtime and the Smithsonian Channel. With all those options to participate in the cause, there’s no reason not to Stand Up to Cancer.

Stand Up to Cancer preview